HTC 2PYR1XX clears Bluetooth SIG, could be the X10

A new HTC smartphone has been certified by the Bluetooth Special Interest Group (SIG). The listing reveals that the device carries a model number of 2PYR1XX. 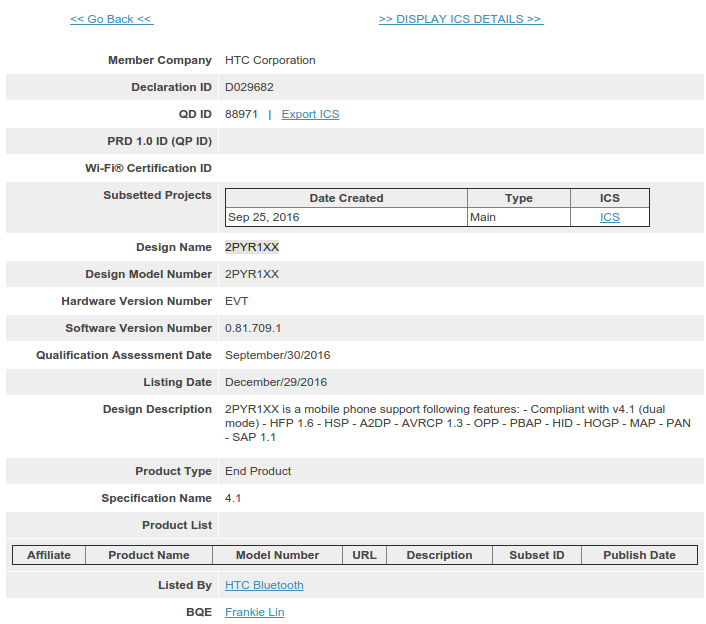 Like usually, the Bluetooth listing for the phone doesn't reveal anything related to its specification, so it's difficult to say which handset it is.

However, going by what the HTC rumor mill has been churning out recently, the 2PYR1XX could well the be the HTC X10. From what we've gathered until now, the X10 is powered by Helio P10 SoC and sports a 5.5-inch full HD display. Other rumored specs include a 13MP rear camera and 3GB RAM. It is expected to be made official sometime next month.

I/we all have tried thru comments or even articles on many blogs to prod HTC to make adjustments in their design and pricongrats but those changes seem not to be happening or don't go far enough. Meanwhile new OEM entrants are delivering on design, s...

This HTC managers really like idea of selling old hardware for high prices(i guess they have a good deal on HD than no one other wants anymore) and they are convinced that they will do a good job with it and get a lot of money.... But they don't know...