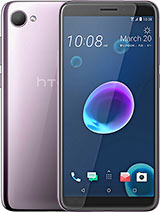 Utter garbage. You can get a better phone for less. I bought an HTC because I live in Taiwan, but never again. I'll buy Acer or Asus if if I want a local brand.

The battery is bad, but that's the least of its issues. The touch screen is finicky (i.e. it may select things near where you touch, not what you actually want to touch), the default on screen keyboard is horrible and it doesn't work well with any you install. Worst of all, the camera is crap. Sure, it's 5MP, but everything will turn out blurry unless you're dead still or use a tripod. ANY movement, and the pics are awful, and so is the video.

Positives: You can get one in purple.

I got this phone at a low price, and i'm just fine with it.I don't use big apps or other that need high specs, i'm using it for business and other stuff.Now the price I got it for is around 60-70 Euro.And i'm suprised how good it is actually working so for me its an 10/10

Do not buy it. It freezes like hell. I have only 2 games installed on internal memory, around 20 GB free storage and around 2 GB free RAM and it still freezes, restarts by itself and turns back wallpaper to default (?!). Ive tried everything: wipe cache partition, factory reset.. - nothing...
I contacted htc support team and and all they told me was - SORRY

For a 90 dollar phone, it's worth the price, nice phone, love the UI

i just received mine a week ago..been using it.. one word...nice !!

Don't bother reading the paid bashing of the phone.I've bought the phone for a family member and it's really great deal.Screen resolution even not as high as you expect is prolly bettter than many full HD ones (cause if you've done some research you will find out that resolution don't mean so much).Battery sounds like a weak choise but it got me surprised it can get you one day usage with no problem(or even more if you are a light user) .It's not the fastest phone as you may expect but it doesn't freeze like some other phones in this price range do (I use HTC U12+ and I was expecting way worse performance when I saw the mediatek chip)As a whole If you're looking for a cheap and nice looking phone which ain't gonna let you down go for it.Another thing is that its really lightweight and looks and feels premium (the one I've got have 2 sim's slots and a dedicated one for SD card which is awesome especially when my U12+ have only slots for either 2 sim's or 1 sim and a sd card)Other things I've liked are the Wi-fi and mobile data speed as well as downloading and installing apps speed .So give it a try and don't listen to random people on the internet that prolly never even saw the phone in person ( and are probably paid)

Vhong, 15 Feb 2019Is this not gorilla glasses?No it said in specs

Device security is very low compared to similar devices from lenovo and samsung, also it uses mobile data even when on wifi, and cannot control which app allowed to use mobile data

Is this not gorilla glasses?

The pictures are terrible, very grainy.

I cannot open it after uninstalling some apps. Google speaker is displayed on the screen instead of keys to enter my password. Helppppp.

Anonymous, 13 Dec 2018Is it real dual sim with dedicated slot for card or it is h... moreDedicated slot...

Been working a charm since I got it.

Is it real dual sim with dedicated slot for card or it is hybrid?

I have one coming love it

Anonymous, 13 Apr 2018and why is that ? MediaTek has come out with so many SOCs. ... moretrue..dey hav come up wid lotz of good chips dis year mainly helio series..which is amazing..but den its underrated..thats it..