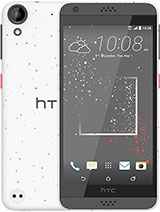 my phone needs to configure the wireless can you help me

I purchased my HTC Desire530 at Metro PCS appx 2.5 years ago for $80 ( What a great deal ). It has been a great phone! Never dropped a call. Very reliable. It takes ok indoor pictures but really good outdoor pics. I only have a couple games like 8 ball pool and Archery King on the phone. Never had a problem with any apps or the battery. I really like their wallpaper/scheme, icon HTC site. I would buy another HTC phone, just which one? Looking at the Ultra U as a possibility.

it's a very nice phone... easy to operate though the battery doesn't last long

After buying a Sami and finding out it was able to burst into flames, I traded for a HTC Desire.
For a straight across swap from Metro.. At first it was a decent phone. Then the battery wouldn't hold a charge. The screen was so dim you couldn't see in daylight. The speaker volume is barely audit able. You can only listen through earphones. Then the wifi wouldn't pick up a signal.. While everyone around me was able to get wifi, this piece of crap went data only pick up.. Uhhhh, so now I have a picture phone, that at best is a DATA only phone.. Never again HTC!!!!

SID, 29 Jan 2018Is it possible to use sd card as internal memory Yes. The phone comes with Marshmallow installed. All android versions since Lollipop support using an external SD as supplemental internal storage for apps and whatnot.

It's an ok phone. I've had it for about 18 months, the battery drops way too fast thought, i mostly use to listen to music in my rides to school and some social media apps, and by the middle of the day, i have like 20 percent of battery. Camera is good enough, it takes fast shots and the mp is good enough, it can be better but i dont have any complaints in that department. The worst thing, in my opinion, is that it only has 16 gb memory and a lot of that is used by the phone's apps, those u cant even delete. It doesn't accept external SD cards (i tried), and neither other phone's chargers, only the original.

I have had this phone for not even a year and a half now and am awfully disappointed in its capabilities among other things. There is no where near enough ram to support many games, I had to delete my games because it was just too slow and it wasn't coping. The battery is too small and drains very quickly even if on power save mode. I have started having problems with this phone having service (4 or 5 bars) but my internet wont work so I took it into my provider and they had a look and basically said its on its last legs and you will need a new phone AFTER 1 AND A HALF YEARS!!!! unless I spend money and a lot of it to get it fixed and it will probably cost more than the phone when I bought it brand new. the phone is also very flexible because of its plastic frame which isn't exactly great for it either. But I will give it one thing, the screen takes a lot to break and I have dropped it on many occasions and I have only just put a very minor crack in it.

Is it possible to use sd card as internal memory

Bought HTC Desire 530 from Officework in August 2017, started to have problem by December 2017 where not able to "answer" in coming calls as it appears the "answer" on the touch screen is faulty. Also the blue tooth kept switching off by itself. Despite the phone is brand new, and 4 months old, Officework insisted on repair which will takes couple of weeks. Now I am stuck with no phone! Stay away from HTC products!!

It was working good, then a yellow spot appeared on the right side of the screen and now it won't charge, and according to the carrier I am screwed no warranty and I have a protection plan. The phone is in excellent condition never been dropped or wet, they should give me another phone since the battery's are defective but they won't. Bad company

Well, i have the phone for about 18months... it is not souch a bad phone as others suggest.... it does support an sd card, and i'd recomment upgrading the storage, because it is constantly updating something, and alot of space is used by the apps and android. bat life is as expected for 2000mah batt. when not using, it lasts 2 days minimal on standby, other than that, normal usage requires daily charge (over night). it boots slow, and the camera is not too good, it is just ok. front cam is crap. It is loud enough, and mic is good, so that is a plus. it is a phone for regular light user. i use it alot to stream youtube on my tv, so.... for a cheap phone, it is ok

I don't know what u complain about
phone its ok for normal user, if i wanted to work like PC with ssd i would get 500$ phone, its its very ok, i have viber, insta, fb lite and rayman in back. and about 500mb free ram, has like 5,5 gb free with 4,5 games...
battery can do 2 days with a bit everything,but its not important at all battery will be full for 1h and 45 min so its nothing, everything its amazing, 3d icons and own HTC store , camera its nice, both of them, sound its nice also, 4g . 130 $ i could never ask for more

Very good phone affordable phone. You get what you pay for. A lot of storage is used up for system itself. I would recommend buying an SD card for the phone if u have lots of files/ music/ downloads/ pictures etc. It certainly is an efficient, affordable and sleek Android phone for everyday use.

Bought this for budget reasons due to an embarrassing incident with my prior phone and I am flat out double embarrassed that I did. Not only do I have to pay so little for a device that I can hardly use but I have to hard boot every time I run out of juice on the damn thing. You know what that is? Emergency menu and reboot from there. Not exactly my kind of startup process. Even coming from a Windows PC background.

Bottom line is that if you see this on eBay or any kind of carrier closeout (even the big red V like in my case) then just click right past and go to the next lowest price. Never did I have the words "get what you pay for" blast my brain so much. People I know want me to get rid of it and so far I resisted the call because fixed income (which is also why I bought it as the cheapest one I could get on the Verizon website). Sadly I am going to have to pay a junker or something and pay the price, except that I now have to jack up the family account because consolidated services. Don't make the same mistake, even in the same exact conditions I did. Never AGAIN. Heck, I am even going to consider Rift over Vive as a gamer if I ever try VR just because I have no respect for HTC because of this (and that says something for someone who used their brand in the past).

Again like I said I will give it a proper review as well..FYI..To be able to review a phone you got to personally have it in your hands first and try it in every way as well..Those bad comments are not very convincing about this phone.

I am about to buy this phone because it seems to be great for having I have read many reviews I believe on the good ones given not the bad ones I'm going to try it my self and will give it a proper review as well.

Please DO NOT BUY THIS PHONE. It is possibly the worst economical mistake I have commited in my life. IT TAKES AGES FOR THE BATTERY TO BE FULL. I have been having this phone for about a year and it brings me constant rage. Whats worst the BATTERY DRAINS SOOOO FAST. The camera is very crappy and it took me to travel to leagues of shops to find a screen protector for this pile of junk.