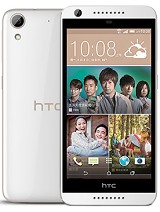 Value for money. Many viewpoints from people most likely lacking IT skills. Have a 626 model. Will buy HTC again!

It's a good phone. Not lag at all.
But the problem is it's Battery. Even at 50-15 Battery Drains too fast. BTW This is a very good smartphone.

I received free from att cause my old flip phone was so old att said it will not work after so many months. I was looking around for a smart ph when att offered me this desire 626 for free & no contract. What could I say? Free is cheap. It's bee ok. No real complaints, except I did exceed storage. Had to erase some pics.

It's a PLAIN NO. I would not recommend anyone to go for this model. Had bought one for me and for my mom, and both are really bad. So I can safely say it's not a one off issue with a particular piece of this model. Issues: memory problems (not sure how memory is getting consumed so much), battery charge issues (phone switches off even under 90% charge, battery even sometimes fails to charge up even if you leave it plugged for long), becomes really hot quickly ( 50 deg Celsius easily, head set is a must as you can't hold the phone close to your ears because of the heat). In a nutshell, terrible phone.

I bought this phone about a year ago dual sim version. This is my first HTC mobile after using mostly Samsung and Sony. The outlook is great but this phone is the worst one I have ever owned. It crashes all time, so many software glitch. Cannot even pergorm like few years older model of other brands. Avoid it if you can. Looks are not everything. It's property a goodye to htc as well for me.

i have this phone and it was some isses for example the internal(?) storage isnt enough i think its not 16gb its 8. and also it takes a lot time to open some apps and sometimes it just doesnt open them. it just shuts down and it takes 1-2 days to be back as normal. so yeah

My phone only has 8gb. It uses about 6gb to Âunderstand itÂs a phone and workÂ, which makes this phone only about 3gb. This amount it uses goes up and up and up. I can only have one or two aps on this phone. BOOO!!!

My phone internal memory is 8Gb, only contains few apps, storage always full. Please how do u upgrade it.

Dk, 23 Jan 2018Is that battery complaint??? Or anything else??This phone is not support volte

The screen controller or screen broke on mine with a drop on the back of the phone, on a soft surface and from hip height. The phone had a soft casing. Very disappointed in the screen that is now left unusable because it flickers, shows image reversed and doubled in places. Both front and rear facing cameras are not worth the money.

My HTC DESIRE 626 SINGLE SIM CARD has been stallen. Please keep it under tracking.

But Compass apps not working. because magnetic sensor not included. i checked it using "Android Sensor" app. it did not detect magnetic sensor. (Accelerometer and proximity are ok)

I am using HTC 626 Desire since April, 2016. Based on my overall experience, the phone is good. This is fast and never hang. It has a cute look, too. However, there are some draw backs of this phone. 1. Very poor battery back up. Sometimes, the phone switch off when battery level goes below 40%. 2. No software update is available since a long time. 3. There is no option of switching on the phone in 'Safe' mode.

The system drains the battery like crazy. The display is horrible. It's useable but not something great. It doesn't lag much, that's something.

Evolution, 28 Sep 2017where can i get the battery, phone constantly switches off on it... moreIs that battery complaint??? Or anything else??

Phone is good, i think it give more value than mony, super speed, good UI,

Touch is awesome but battery backup is quite less

Phone switch off problem quite as useble

No OTG. , but you enjoy it's touch surely

where can i get the battery, phone constantly switches off on its own even at 100%.

Phone is crappy. Don't bother getting one, there are better choices out there. I got it through my job for work. My personal phone is an I-phone, Way better then this!