The HTC 820mu recently passed through TENAA but the company briefly featured the upcoming phone on its Chinese web store, giving us a glimpse of what's to come. We are looking at a low cost phone with 5" screen that will be called HTC Desire 820 mini. 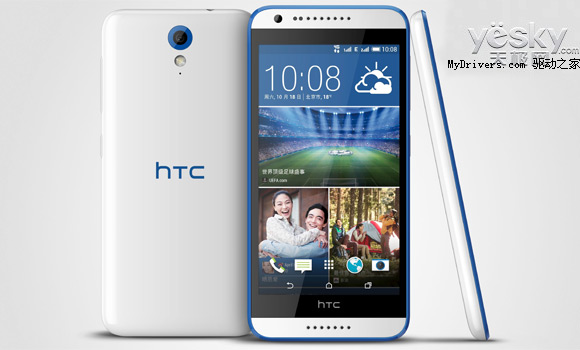 HTC aren’t known for dainty bezels but the Desire 820 mini like its bigger namesake has front-facing stereo speakers around the 5" 720p screen (294ppi) making it pretty large for its size. There's also a 5MP front-facing camera and an 8MP main camera.

The smartphone is powered by a quad-core 1.2GHz processor with 1GB of RAM. The chipset make and model are unknown but the handset will run Android 4.4.4 KitKat with Sense UI on top. There's 8GB of built-in storage plus a microSD card slot.

The connectivity boasts LTE and 3G in both international and Chinese flavors, and it's a dual-SIM phone to boot. With all that the HTC Desire 820 mini is priced CNY 1,400 $230, which might prove a tough sell with the likes of Xiaomi Mi 4 getting discounted and beasts with QHD screens going for CNY 2,000.

worst phone.... not a original HTC made. fake item