A few days ago HTC started taking pre-orders for the Solar Red color version of the U11 in the US, following some teasers. Today it's the UK's turn. The red U11 is now available for pre-order from HTC's online store for the UK.

It's priced at £649 unlocked and SIM-free, just like the other three hues. There is one thing to note if you're looking to pick up a Solar Red HTC U11 in the UK, though - you can only get it with dual-SIM functionality. You can't buy a single-SIM red U11. 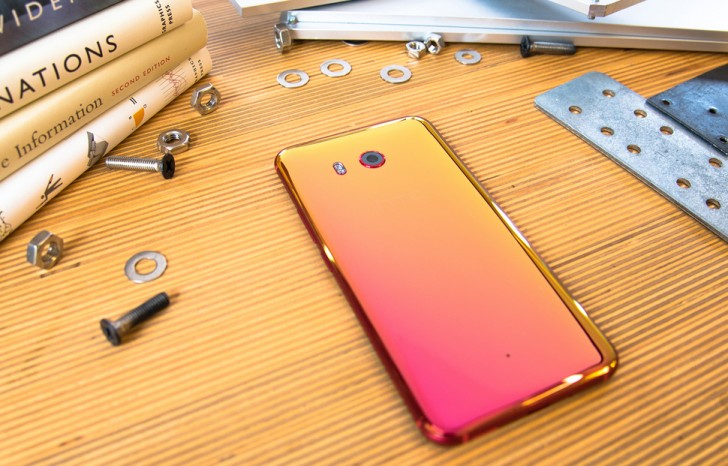 On the other hand, if you pick silver, black, or blue as the color of your U11, the device is only available in a single-SIM iteration. It's an odd situation, this, but one too keep in mind.

HTC unfortunately doesn't say when the red U11 is expected to start shipping in the UK. The smartphone's main selling point is Edge Sense, a system that lets you squeeze the handset's sides in order to perform certain actions such as opening apps, for example. Edge Sense will get expanded functionality soon, an HTC teaser has revealed earlier.

HTC U11 is off to a good start, selling more than the 10 and M9 in previous years

if your only concern is battery, get the htc u11 you will not be disapointed. 835 is made with 10nm. if you know anything about electronic you know that the less size is the transitor the less heal will generate...and consume. previews generation was...