HTC postponed the Oreo update for the U11 in Europe, apologizing for the delay. Less than a week later, the upgrade has started hitting devices in Europe, the Middle East and Africa region, also known as EMEA. It’s a 1.31 GB download and brings “system enhancements”. 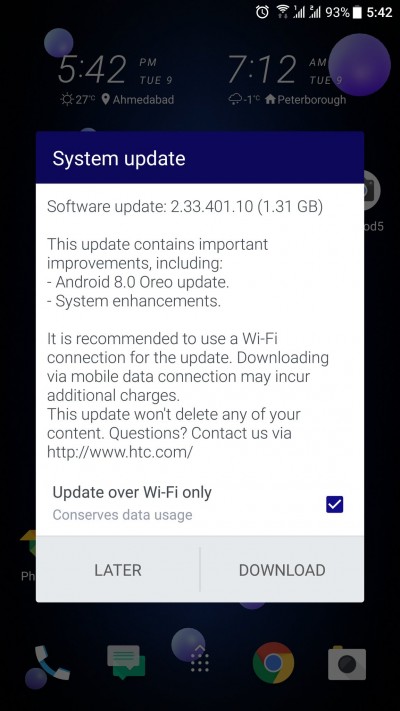 The update should include better performance of the Edge Launcher and HTC Helper. It also has more detailed notifications and icon badges.

The EMEA region is the latest that got the update. It first appeared in Taiwan and unlocked devices in the US, followed by Vietnam and Australia.

After the U11 got its serving, devices like the HTC U Ultra and U Play should be following shortly.

HTC U11 units in US to get Oreo update starting today