HTC U12+ gets benchmarked with Snapdragon 845 and 6GB of RAM 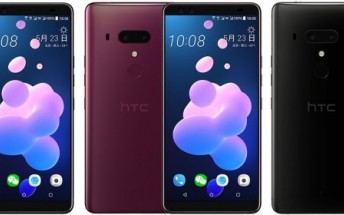 HTC is finally presenting its next flagship smartphone at an event tomorrow. It's not that the upcoming U12+ is still a mystery or anything like that, though. The phone has been leaking like crazy in the past few weeks. Earlier today HTC itself accidentally published the page for the handset on its website.

While we've seen press renders, hands-on images, and a lot of leaked specs, up until this point we didn't see the U12+ in a benchmark's database. Well, it's finally been put through the paces of Geekbench, as evidenced by the image below. 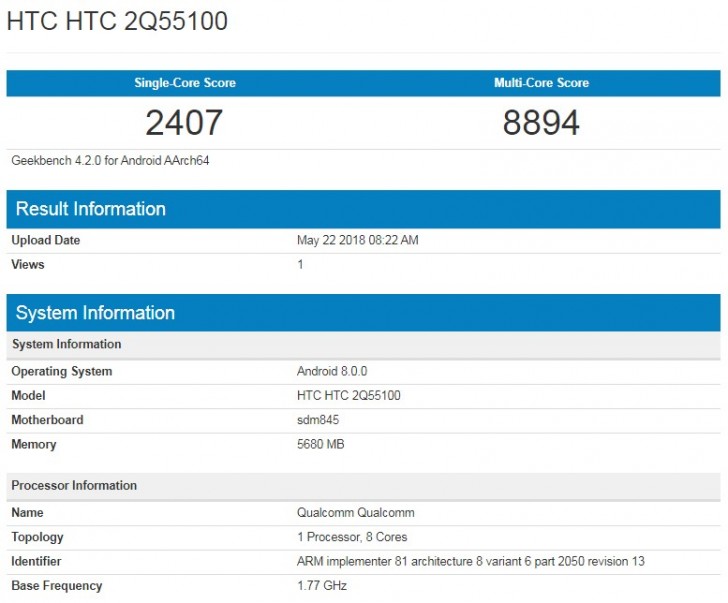 The benchmark listing confirms that the U12+ is powered by Qualcomm's Snapdragon 845, unsurprisingly. It's also got 6GB of RAM so you're not going to have any issues multitasking if you buy one.

The U12+ scored 2,407 for single-core, and 8,894 in the multi-core test in one go, and 2,404 and 8,953, respectively, in another go. That's in line with other top of the line Android handsets that launched this year. The device runs Android 8.0 Oreo, because most manufacturers seem content to ignore .1 releases.

HTC's U12+ price leaked two weeks before the official launch

HTC U12+ to come with translucent color option, high price

HTC U12+ appears in case renders with 4 cameras

Are you trying to make samsung sound good? Looool They're not, especially if you're in the UK, exynos completely sucks bum. I'd rather have the HTC u11 than the Galaxy S9+ There is just no comparison. The u12 completely smokes any...

The company should understand how to attract people for sale. Check Apple or Samsung wallpapers when they launch the phone. People will hardly need to change the Original Theme / Wallpaper after purchase.