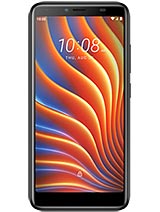 Does anyone else have that weird display issue where there is a cutout on the screen that goes around the screen you can really see it on grey or black backgrounds? It like looks like a software issue but I could be wrong I only bought this phone a week ago

Cannot get this phone to communicate with my PC. Correct software installed on PC.What now???

Is this a good phone to buy?

it doesn't make any sense. An 8 mp camera. It's decent for the price but I would prefer it with a 12 mp instead

Emcee, 19 Jan 2021Also it has FM Radio!Does It has FM radio?
unspecified

Also it has FM Radio!

720p, 16gb storage, 2gb ram, mediatek, quad core and huge bezels
This phone seems like it came right out of 2014 but somehow it's able to run Android 10 while the HTC U11 is stuck on Android 9
Ironic

Good looking budget phone and a splendid processor by HTC , they finally learning their lessonsfor 80euros this a beast

What is HTC actually doing?

My 4 years old redmi phone is better than this xD

Just one question, why bother?

Come on HTC .
Are still in 1990 I really feel shame that I'm HTC lover . Can you do better than what are you doing wright now . Really shame for HTC lover

A phone we didn’t know about?
Thanks, HTC

80 euros not a bad price but low end devices usualy cant last even 2 years when your warranty wears off.