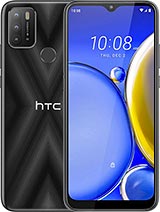 The beginning of android now fall..

How the mighty have fallen, HTC is as good as bankrupt

Chubba panda, 28 Feb 2022Oh ok, Can it download apps still or at least a version of ... moreGoogle apps are somewhat out of date (the last version of Chrome on Android 5 is 95, released October 2021), but YouTube still works so far. There are two major problems: exired certificates, which are about to die off completely in 2024, and the fact that most app publishers have removed versions that still supported Android 5 from Play Store (you still have the option to sideload these apps e.g. from APKMirror). So, it's kinda usable in modern world but not so seamless

Matin Lunaire, 11 Feb 2022Yeah, pretty slow, especially with modern Google Play Servi... moreOh ok, Can it download apps still or at least a version of youtube that still works? What storage configuration do you have ?

Chubba panda, 09 Feb 2022Oh, how’s the phone now?, is it slow or anything like that?Yeah, pretty slow, especially with modern Google Play Services and a half dead battery. There also was no way to restrict apps from working in background without completely disabling/uninstalling them up until Android 8 so I'm avoiding apps that run unnecessary background services as much as possible

HTC where is your unique designs? I remember you with your aesthetic design and cool optimization. Time to take a new norm! Time to new visual masterpiece . Great camera that captures more light.

I'm writing this from HTC One. So sad HTC has fallen into making such shit nowadays. :(

You know this phone come with Anti-peep 6.82" HD Display. gives better protection for your privacy when you are accessing your personal data in public.

This phone is selling only on russian market

Skazi, 15 Dec 2021The hts one m8 was the best phone I ever used, till someone... moreDamn that sucks. What phone did you get afterwards? I remember all the hype about htc back during their M series. The U11 was the first and only htc phone i ever owned, bought in March 2018 and for the 3 years i used it, it impressed me, only started to slow down a bit just a few months before it hit 3 years0

Narazumono, 15 Dec 2021What, htc is still around? It's too bad they only make... moreThe hts one m8 was the best phone I ever used, till someone stole it,

AjyKmr, 15 Dec 2021One thing I never understand. Why everyone's making 6.... moreBecause companies today are chickens and don't use their brains when designing products. If you notice, the phones are mostly between 6.4" to 6.8", there's barely anything outside of this range.

What, htc is still around? It's too bad they only make entry level phones now and not only that but they don't update them either
I still have my trusty U11 to remind me of the good times when htc used to be one of the best