Huawei's product roadmap for the year 2018 has leaked. The image shows three new devices - codenamed Maya, Salina, and Honor 1 - are set for Q1 launch. The first quarter will also see more widespread availability for the Mate 10 Pro and Mate 10 Lite. 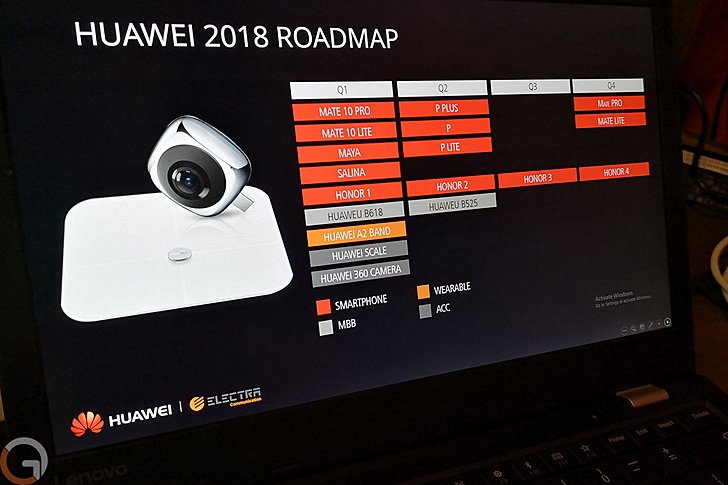 Q2 will also be a busy quarter for the Chinese company, with three new P series phones lined up for release, internally being referred to as P, P Plus, and P Lite (said to be part of the P20 lineup). The quarter will also see a new Honor phone - Honor 2 - being made official.

While Q3 is all about Honor 3, Q4 will see the arrival of two more Mate series phones - Mate Pro and Mate Lite. A fourth Honor smartphone is also set to arrive in the last quarter.

Besides phones, Q1 and Q2 will also see wireless routers, wearables, 360 camera, and other devices being unveiled. While the leak seems legit, it's still a leak, so until things are officially confirmed, take all this with a pinch of salt.

Huawei exec confirms Mate 10 headed to US carriers in 2018, details coming at CES

The problem with too many phones is that updates are slower, and worse, won't even come to them. I hope that Huawei will not screw updates because of this strategy.

That looks like an old roadmap as Selina and Maya were Q1 2017 models.