The Huawei Mate 9 and Mate 9 Porsche Design were announced yesterday - you can't have missed it. Products of the continued collaboration between Huawei and world-renowned optics specialists Leica in developing the camera subsystem, started with the Huawei P9, the new devices come with a pair of cameras - a 20MP monochrome sensor and a 12MP RGB sensor, each mated to an f/2.2 aperture lens.

After the keynote we had a sit-down with Huawei representatives, a host of Leica engineers and a few of our tech writer colleagues. We attempted to find out more about what's going on under the hood of the Mate 9 and behind the scenes with the collaboration between the two companies. Certainly, no actual secrets were revealed, we didn't really expect that, but the folks did shed some light on how the cameras on the Mates work. 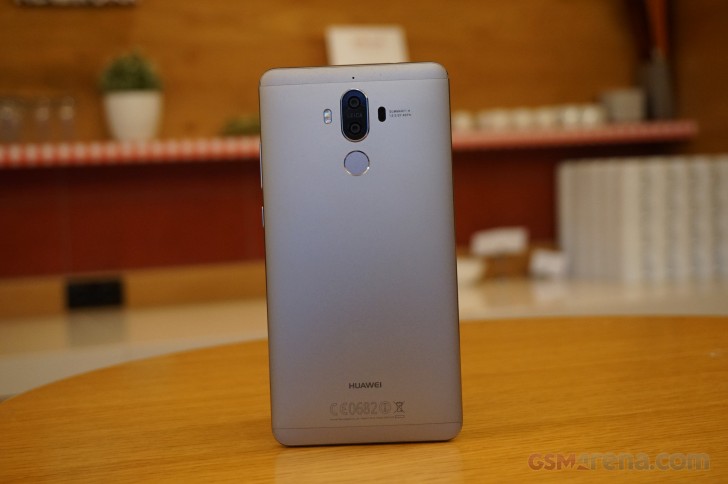 One of the key points is the 'Leica look' of the images the Mates produce. Not a quantifiable metric, the Leica look is a product of a hundred years of photographic experience on the German company's part and is mostly a subjective interpretation based on their own taste for pictures. To put this in less ambiguous terms, oversharpening and oversaturation have been consciously avoided. Noise, on the other hand, they did try to reduce, but not remove it completely - instead, leave a natural beautiful noise, reminiscent of film photography.

As for detail, we specifically asked whether we should be pixel-peeping into the 20MP color images the phone can produce, or stick to 12MP the color sensor can capture natively. They didn't have a clear answer for that, but theoretically luminosity is where most of fine detail is contained (and that's basically what we're getting from the 20MP monochrome camera), so there's no reason why the Mate 9 shouldn't be able to output usable 20MP color images. We'll certainly be looking into that during the review process.

The Leica look conversation raised some hardware questions and no, the collaboration does not extend to the display. While it was in no way hinted that the display is inaccurate, the Leica look might be best observed on a calibrated screen - at least that's what we deduced.

Additionally, the dual camera setup is a staple of said look for a number of reasons. The two cameras are required for achieving the depth effects in portrait mode, delivering better low-light performance, and also for shooting real black and white photos, rather obviously.

The more skeptical among us were quick to point out that an f/2.2 aperture is no longer anything spectacular. To which the Leica engineers replied that a couple of f/2.2 cameras means twice the light, or effectively an f/1.6 aperture on a single camera. There's more to it than the math of dividing 2.2 by the square root of 2, though. 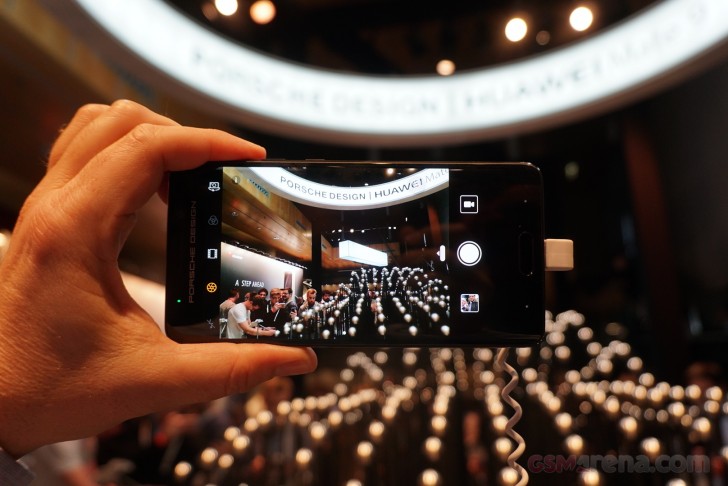 Now, we know from the P9 that the images from the color and the monochrome camera are fused together to produce better quality end results. Color information comes from the RGB sensor and is further enhanced with luminosity data from the black and white sensor.

Apparently, though, the Mate 9 also combines several exposures from each camera as well. The details are sketchy, but let's say that the Google Pixel's image stacking isn't entirely foreign to the Mate 9 either. Not given as much publicity as the Pixel's HDR+ Auto mode, the functionality works in a similar way, constantly analyzing the sensor output. Leica engineers refused to specify the number of stacked frames, instead saying the whole process is dependent on hand shake.

There were the usual questions as to what actually is Leica's part in the collaboration, and one of Leica's own summed it up nicely - 'whenever a photon enters this phone, then that's where we start collaborating'. On a more serious note - Leica does not manufacture the lenses, nor have they exclusively designed them - it was a back and forth process between the two companies' engineering teams.

More or less that's the takeaway from this meeting. We'll be sure to test how all of this translates into practice over the next days - our Huawei Mate 9 review is well underway now.

current trend right now is people like to take picture with their phones, that's why phone manufacturers improve their camera capability, there's a potential market there.. If you don't understand this, I advise you just shut up.. I don't see dual ca...

You're right, knowing Huawei I guess I shouldn't have been surprised but now the one and only reason to but Huawei (assumed Leica lenses) at their over the top prices is just another advertising front.