Huawei has just revealed its 2-in-1 device, the MateBook. It’s built around a metal frame and has a metal back, which make it feel premium. 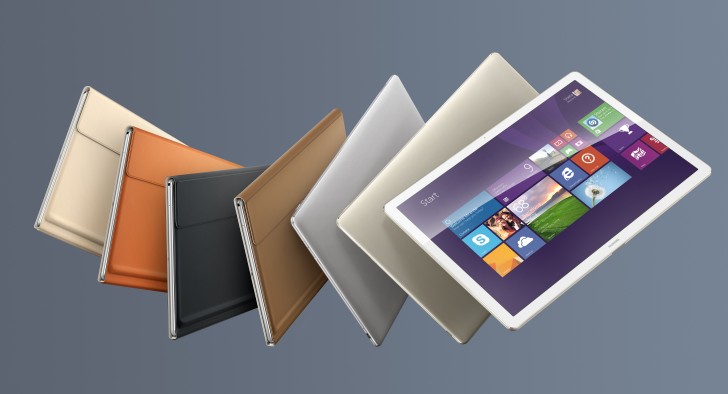 In fact, the Huawei MateBook packs a 12” LCD display of 2160x1440 pixel resolution, resulting in a pixel density of 216ppi. The company is proud of its slim bezel design and boasts the MateBook’s 84% screen-to-body ratio.

The MateBook measures 6.9mm thin and weighs 630 grams. Under the hood, Huawei offers only Intel’s 6th-gen Core M processors with no Core I5 or Core I7 chips in sight. The tablet runs Windows 10.

The tablet is splash-proof, it packs dual speakers with Dolby Audio and the 4430mAh battery is touted to last through 9 hours of office work or video playback.

Huawei also offers a bunch of accessories including the MatePen and the MateDock. The keyboard cover that we mentioned is made of “environmentally friendly” leather (read: most probably not genuine) and the keys are backlit. The MatePen is a stylus, which has a couple of hardware buttons as well as a laser pointer. It will retail for $59 in the US and €69 in Europe.

The MatePen stylus will come in handy for creatives

The MateDock comes with a nice looking protective sleeve

Looking for a tablet without a sim slot but wifi enabled. Any leads?

better deal for all.Huawei is the biggest chinese firm.They can do excellent devices at resonable price.Apple and samsung cant.