Chinese technology brand Huawei unveiled the Band 4 fitness tracker last week, and it seems the company will launch a Pro version soon as a render has surfaced revealing its design. 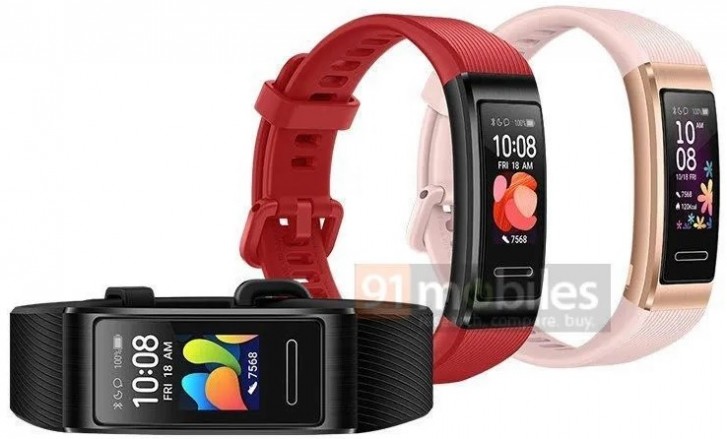 Details are scarce about the Band 4 Pro right now, but we can expect it to come with an AMOLED display, heart rate monitoring, and 50-meter water-resistant. It will likely also come with a USB-A connector that's present on the vanilla Band 4.

The Band 3 Pro was unveiled last October, so we expect the Band 4 Pro to go official anytime now.

Exactly the pro band is one of the few activity tracker band thing to have a built in GPS chip. And that makes a lot of difference !

No bro, Pro is not a gimmick. Usually pro version is equipped with a gps that the mi band 4 is lack of. Many people use it as they dont want to bring their phone when running