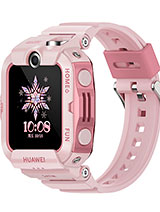 before i got an active2 for my birthday, i had another smartwatch, i cant remember which but it had a camera on it and i took like 20 pictures with it just for fun, i don't remember the camera specs that said on the box but i know this watch had- cable charging, an LCD display that was like 144p from the way it looked, dont know the internals and had LTE, a physical home button at the bottom and battery life was...fine. and i was like 8 or 9 when i got this and this watch reminds me so much of that

jgjc, 08 Sep 20202 cameras A massive battery for a watch compared to compet... morewell i mean children being children would want to use it constantly and charge it less and due to the fact it has 2 cameras it would go thru juice abit quicker i mean this might mostly target under 12s so that explains the bigger than avg smartwatch battery

micky, 03 Sep 20202 cameras on a kids watch hmmmmmDuh it common knowledge that the camera doesn't matter

review from a child, I don’t think we children would have 170 laying around, maybe like 10 - 50 but not 100+. Unless you have rich parents and are spoiled

2 cameras on a kids watch hmmmmm

Not sure that kids have €170 just laying around.

You can buy a GT2 watch instead of this

hahah...spending 170 euro is such a waste for kids, there are smartband's in huawei and xiaomi for just 30$ to 50$ which worth more than this...SIMPLY WASTE OF MONEY

Woah woah woah woah woah. This kids watch has not one but TWO cameras?!?! Whatever kid gets this is gonna be a serious photographer when they grow up.

So the kids get a camera sensor, a whooping 16GB storage coupled with 1GB ram and a massive 800mah battery.😪😫

This is no more a kids watch, it's a galaxy watch killer😂