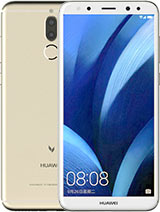 maybe it is the budget version of the mate 10 lite

It is Huawei Mate 10 Lite but it is released with different names in different regions.

Wtf its same like honor 7x and mate 10 lite

Dvid Surf, 29 Sep 2017Seen this morning at the mall (Thailand), codename : Huawei... moreBTW Dvid, when you say "the mall" do you mean physical space or vmall.my? You can actually buy right now?

For what will likely be the first place to go on sale online: https://www.vmall.my/huawei-nova-2i
For those who want the official site link (currently same as vmall): http://consumer.huawei.com/my/phones/nova2i/

Dvid Surf, 29 Sep 2017Seen this morning at the mall (Thailand), codename : Huawei... moreYeah, saw that. Still no sale date, even presale date. I think this is the first phone that I felt I HAD to wait for. I don't want to spend >$600 on a phone - I came from a Nexus 5X (which died in bootloop hell), and am using a kinda crappy ASUS Zenfone Laser 2 while trying to find a proper replacement. The frustration is real. But as anxious as I am to upgrade, being able to spend just over $300 ($307 at current exchange rates) for a phone this nice is worth the wait. I just hope it actually goes on sale sooner than later. I'm in Japan, so buying from VMall in Malaysia is totally fine with me.

Seen this morning at the mall (Thailand), codename : Huawei Nova 2i (330$)
http://consumer.huawei.com/th/phones/nova2i/

Wifi no a but BGN. Stupid

benben, 16 Sep 2017why do i sense that every other phones of this year will ha... moreWhy you don't say LG G6 (released on march) ? anyway the first bezel less phone is Sharp Crystal released on 2014, xiaomi copied this design on 2016 'mi mix'
so your Samsung is a follower too.

benben, 16 Sep 2017why do i sense that every other phones of this year will ha... moreI think you are familiar only with Samsung..

benben, 16 Sep 2017why do i sense that every other phones of this year will ha... moreActually Sharp Aquos started it years ago. But not so popular. And then Mi Mix set the fire.
Samsung and the other are just followers.

benben, 16 Sep 2017why do i sense that every other phones of this year will ha... morenot Samsung. Xiaomi mi mix

I very much like the design and the high screen to body ratio. The higher screen to body ratio the smaller the bezels become. This is a midrange phone that has good chipset but the CPU AND THE GPU is not mentioned at the moment. I think they would add it later when the phone is ready for the market. Now no radio, no fast charging, no 24-bit/192kHz play for the 3.5 phone phone jack, no wma and wmv player not even DTS mode sound. No IR blaster and no touch glass protection. If this is true of the specs when the final specs come then I think this phone's price should be tagged at around $280 -$300 on the market. Nothing more than that.

why do i sense that every other phones of this year will have similarities of design to the galaxy S8, truly a trend setter samsung.

Not bad for its segment. But yes, the price will be crucial (as usual, for the respective individual segments). So hopefully it will be affordable.

I just hope this won't be like the other phones with practically entry level specs but charging for midrange price just because of the bezel-less design (LG Q6 & Vivo V7+).