Makers are already stepping away from wide notches – yes, Sharp and Essential had this design from the beginning, now Oppo is adopting it and so is Huawei. The ARE-AL00, which is reported as either Honor 8X or 8S, arrived at TENAA and the photos show a small V-shaped notch.

The full specs aren’t available yet, those will be published later. Various certification authorities have lifted the veil a little bit – like 3C, which confirmed the 18W fast charger (9V at 2A). 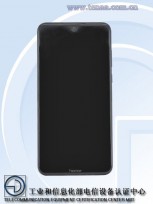 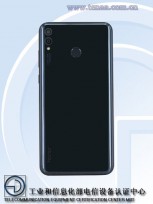 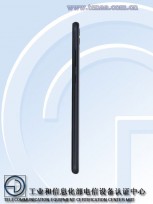 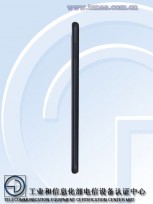 The Huawei Honor 8X (or 8S) will reportedly use a Snapdragon 660 or a 636 chipset. We wouldn’t be surprised to see this swapped out for a mid-range Kirin chip, however.

Unfortunately the photo of the back has low resolution and we can’t make out any additional detail beyond the dual camera (which is self-evident).

Honor Play coming to Pakistan this month as well

Essential was U-shaped, it makes it bearable but I'd rather stick with Minimized bezels instead of a notched phone :P