Huawei's event yesterday was mostly about its two new flagship smartphones, but we also saw smart sunglasses, earphones, and new Watch GT editions. There was also the new SuperCharge power bank that has 12,000 mAh capacity and two-way 40W charging rate. 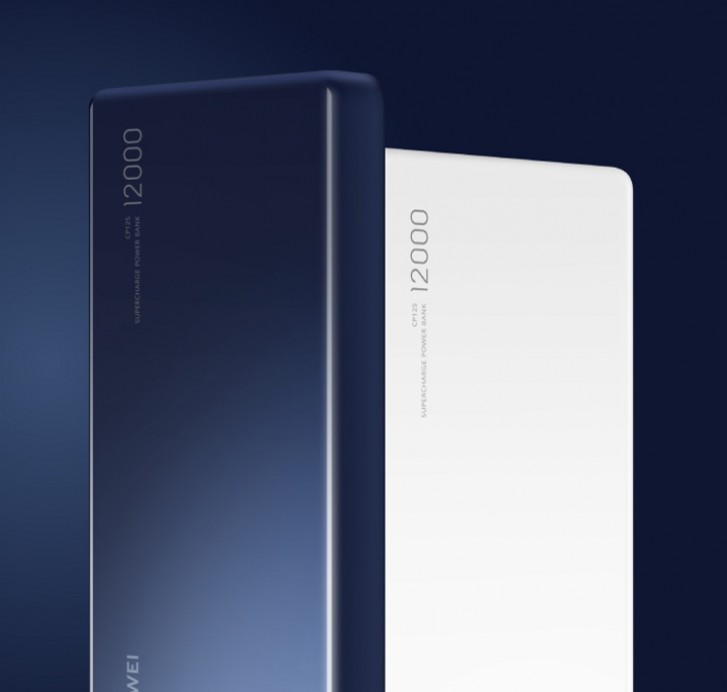 The power bank has two USB ports - USB-A that provides the maximum 40W output, but naturally only devices compatible with the SuperCharge standard can benefit from the maximum speeds. The second port is USB-C and offers Power Delivery charging, so you can quick-charge other non-Huawei devices. There are also the usual power button and LED light indicators. 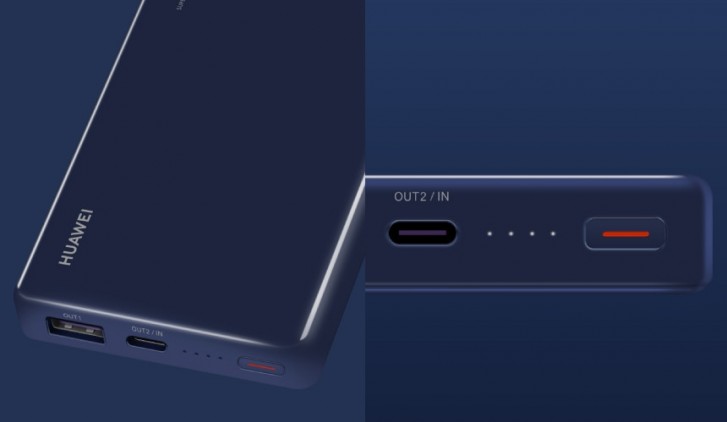 According to Huawei, the bank can charge up to 70% of the Huawei P30 Pro battery in 30 minutes with the 40W SuperCharge. The 12,000 mAh powerbank itself can be topped up in 2h 14 minutes at the 40W rate; otherwise, you would have to wait more than five hours with a regular 10W charging.

Available in White and Blue and weighing just 227 grams, the SuperCharge Powerbank is priced at €99. Availability is yet to be confirmed since Huawei has taken down the official page at the moment of writing this article. Once it is back up, we hope we’ll know details about markets.