Huawei has launched its flagship Mate 20 Pro smartphone in the Indian market. The phone is priced at INR 69,990 ($988) and will be available starting December 3 for Amazon Prime subscribers. Non-Prime users will be able to purchase the phone a day later on December 4. As a special bundle offer, the phone will be available with the Sennheiser PXC 550 headphones for a bundle price of INR 71,990 ($1,017). 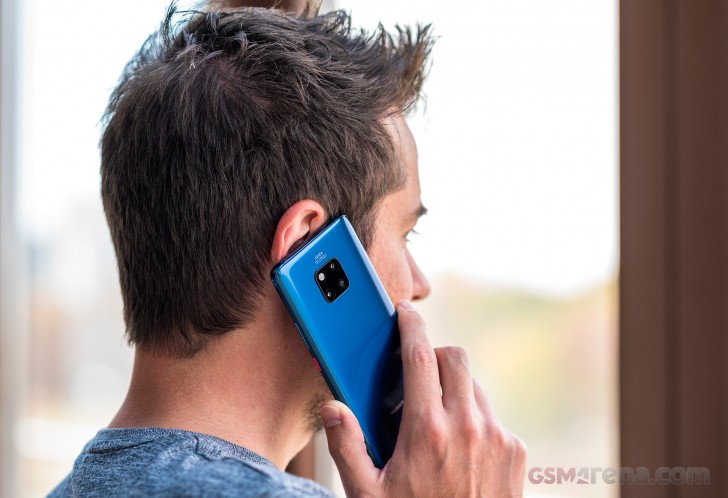 The Mate 20 Pro is the company's latest flagship smartphone. It includes a triple setup on the back, consisting of a 40MP primary camera, 20MP ultra wide-angle camera, and 8MP 3x telephoto camera. On the front is a single 24MP f2.0 camera.

The Mate 20 Pro is powered by Huawei's latest Kirin 980 processor. Based on 7nm fabrication process, the new chipset has an octa-core CPU, with 2x Cortex-A76 performance cores and 4x Cortex-A55 efficiency cores. The phone also comes with 6GB of RAM and 128GB expandable storage, which is the only variant available in India.

The Mate 20 Pro also has a 4,200mAh battery, with Huawei's proprietary SuperCharge technology, which includes a 40W wired fast charging and optional 15W wireless fast charging. The phone can also be used as a wireless charger for charging other Qi compatible devices wirelessly.

Lastly, the Mate 20 Pro also includes a fingerprint sensor built into the display. The phone will be available in only two colors in India, Black and Twilight.

You can read our review here.

No doubt the phone have all the top notch hardware and features but the pricing for Indian market is on the higher side. In this price point one can purchase Samsung S9 or an Iphone X like phones which are truly flagships. Huawei got the pricing wron...

It is best camera phone. But it don't have hood aftersales service and cool features like linuxondex like note 9

it is the fastest and best camera phone available now ....