On Monday leaked images of the front panel of a Huawei Mate 20 smartphone revealed a notch and sophisticated 3D face-scanning technology. Just three days later and we have more details from Twitter. Steve H., more commonly known as @OnLeaks, suggested the Mate 20 Pro will have 6.25” screen with a 6.8 mm notch and just 3.8 mm chin.

While the leakster is not sure if these numbers are for the Mate 20 Pro or the vanilla Mate 20, the numbers he shared are surely impressive. For comparison, the current flagship Huawei P20 Pro has a forehead of 8 mm and a massive 10mm chin, mostly because of the fingerprint scanner. If the size is on the regular version, then the Mate 20 will be bigger than the already big Huawei Mate 10. 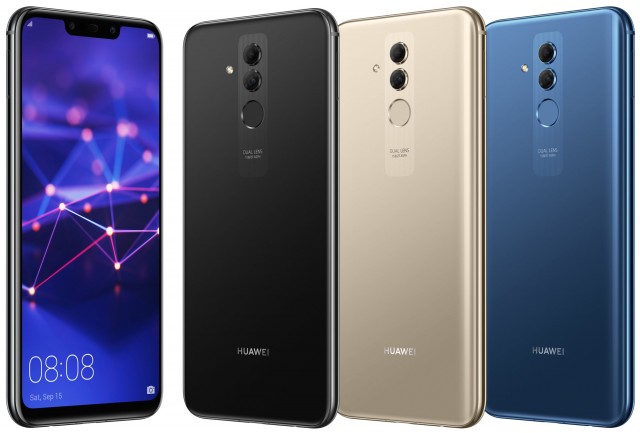 While we are waiting for clear pictures of the upcoming flagship, the lite variant in the family already appeared in press renders, suggesting what the mightier siblings might look like. We see an ultra-tall screen and fancy main camera design, while the back panel might arrive with curved edges and glass on top of it.

It's a shame that majority top smartphone brands are copying the notch trailing Apple in their flagship. Be unique !! Notch is not really that awesome. Respect to brands which are not following it.

Listen man, just because you like the notch doesn't mean everybody does. I personally wouldn't spring for one, but I would be okay with one if it was there. Also, keep in mind we wanted less bezel, not no bezels. The Note 9 has just the right amount ...

You must love monstruosities since you love the notch. The note 9 is a beauty.