Huawei Mate 30 is already in testing, launching in September or October 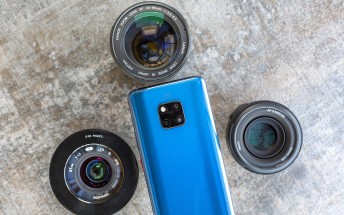 Huawei may have just unveiled the P30 and P30 Pro yesterday, but the company is already working on the successors to the Mate 20 and Mate 20 Pro as well.

This has been confirmed by a company official in Malaysia at a press briefing today. He noted that the Mate 30 is already in testing, internally at Huawei. The Mate 30 family will be launched in September or October, according to the same official.

So far rumors said the Mate 30 line would be powered by the upcoming Kirin 985 chipset, which may be the first SoC to be built on a 7nm EUV process, which allows for 20% greater transistor density. Compared to the Kirin 980 seen in the Mate 20 and P30 ranges, the 985 will feature increased clock speeds for higher performance, but will use roughly the same CPU and GPU architecture. As it is 2019, expect the Kirin 985 to have a built-in 5G modem too.

Back in January, a Huawei patent filing surfaced showing the design of an upcoming official case for the Mate 30 (or, more likely, the Mate 30 Pro). What's striking about it is the size of the camera window, which is roughly comparable to that of the Mate 20 Pro in width, but is much longer. So perhaps Huawei isn't done with adding more and more snappers to the backs of its devices. Some are speculating that the Mate 30 Pro will get five lenses on its rear.

The king is coming