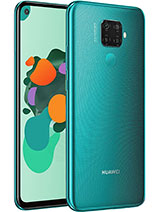 I never knew the Mate 30 lite got cancelled.

This phone is EXTREMELY dirty

Cancelled because it is a 90% copy of Huawei Nova 5z

How about Huawei and Google (Android) - when will the Android van be oder, anyone know something?

Fahad, 20 Sep 2019When this will be officially announced ? No

Its to bad. why huwaie used Ltps screen.instead of that better to go for amoled are super amoled screen that to price is to high for huwaie mate 30 lite

comparing to Mate 20 Lite, we can't make bokeh on selfie?

Anonymous, 21 Sep 2019u r right reminds me ugly design of motorola rear phones ... moreI saw Nokia 5.2 & 7.2. Yike... Not a fan of circular camera or horizontal camera alignment. All I want is cube and vertical camera alignment. Nokia 9 PureView has rear 7-hole camera that looks like circular, it's not that bad, it's still nice and expensive handset. X71 is amazing and awesome.

Hi. Do we know if this phone will be available internationally at all? Or now that they have launched the Mate 30 there is no hope for this one?

No, 22 Sep 2019400 euros without gorrilla glassDude, every phone has corning gorilla glass. You're like the 100th person i'm telling this in the last month. Without CGG, the phone would be weak af. Just because it isn't mentioned, doesn't mean it's not on there.

Anonymous, 22 Sep 2019Why as for today (September 22) there is NO videos of Mate ... morebecause basically Its same device as Nova 5i pro.

why theres not such video of mate 30 lite trial., i should be able to watch some of that since mate 30 and pro have been released just now!