While the Huawei Mate flagships are months away, the Huawei Mate 30 lite may arrive in just a couple of days. The phone is called “Maimang 8” in China, but remember that the Maimang 7 launched as the Mate 20 lite globally. Three teaser images show June 5 as the reveal date along with key specs.

The Mate 30 lite will have a 6.21” notched screen and a fingerprint reader on the back, near the triple camera. That camera will have a 24MP, 16MP and 2MP sensors (the likely lens setup is wide, ultra-wide and depth sensor, respectively). 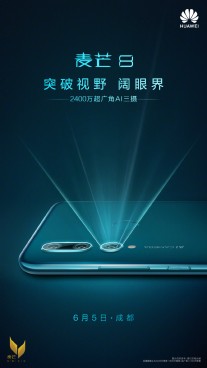 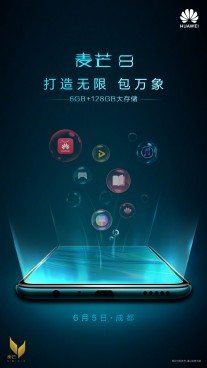 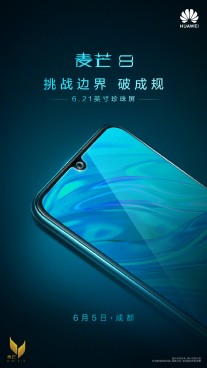 The phone will feature 6GB of RAM and 128GB storage, according to the teasers. It will use the Kirin 710 chipset. In the second image above you can see the microUSB port and the 3.5mm headphone jack.

Note that this appears to be a rebrand of the Huawei P smart+ (2019) with different storage.

Its still android but different os was modified and not google supported.

IIRC, they all have the same performance so it's better to have a smartphone in the lower part of the mid-range segment with the 710, depending on your needs.

android still the best. everything that the user/s need is in their platform