Huawei will hold its annual Mate event on October 22, but unlike previous years it will be a China-exclusive deal with the phone itself probably seeing little international availability before the early days of 2021.

Still, it's going to feature one or more of the most exciting smartphones this year so you probably wouldn't want to miss it.

The centerpiece of the event will, of course, be the Huawei Mate 40 Pro. It will improve on just about everything compared to the Mate 30 Pro, outside of the lack of Google Services.

A detailed rumor by Roland Quandt says the Mate 40 Pro will come in Silver and Black with a base 8/256GB configuration and two 12GB RAM models with 256GB or 512GB of storage, respectively. Storage will be expandable through Nano Memory cards. The phone will launch with Android 10 + EMUI 11 out of the box, paired with Huawei Media Services.

Rumors point to conflicting details when it comes to cameras. Some rumors suggest we should expect the 12MP f/3.4 125mm periscope from the P40 Pro. More recent ones point to a classic 12 MP tele camera with the same 125mm equivalent 5x optical zoom.

The main camera will have a 50MP sensor and a lens with f/1.9 aperture and optical image stabilization. It will record 8K video and will feature both a dual tone LED flash and an ambient light color sensor for better color rendering. The third camera will be a new 20MP ultrawide module with an f/1.8 aperture and autofocus.

Another interesting change is that the Laser autofocus will be paired with an optical depth sensor. This will be used to improve autofocus, though it’s not yet clear how. There will be a depth sensor on the front too, sharing the pill-shaped punch hole with the 13 MP selfie camera – beyond bokeh effects, this will be used to detect hand gestures.

The Huawei Mate 40 Pro will be powered by the Kirin 9000 - a 5nm chipset with an integrated 5G modem. However, this may only be sub-6 GHz (Chinese carriers are still in the planning stages of a mmWave rollout).

Anyway, the CPU of the chipset will use Cortex-A77 for its big cores with a prime core clocked at 3.13 GHz and three more A77s running at 2.54 GHz, plus four A55 little core at 2.04 GHz. The GPU will use ARM’s Mali-G78 design and as we’ve seen from early benchmarks, the Kirin leaves the Snapdragon 865+ behind in terms of graphics performance. 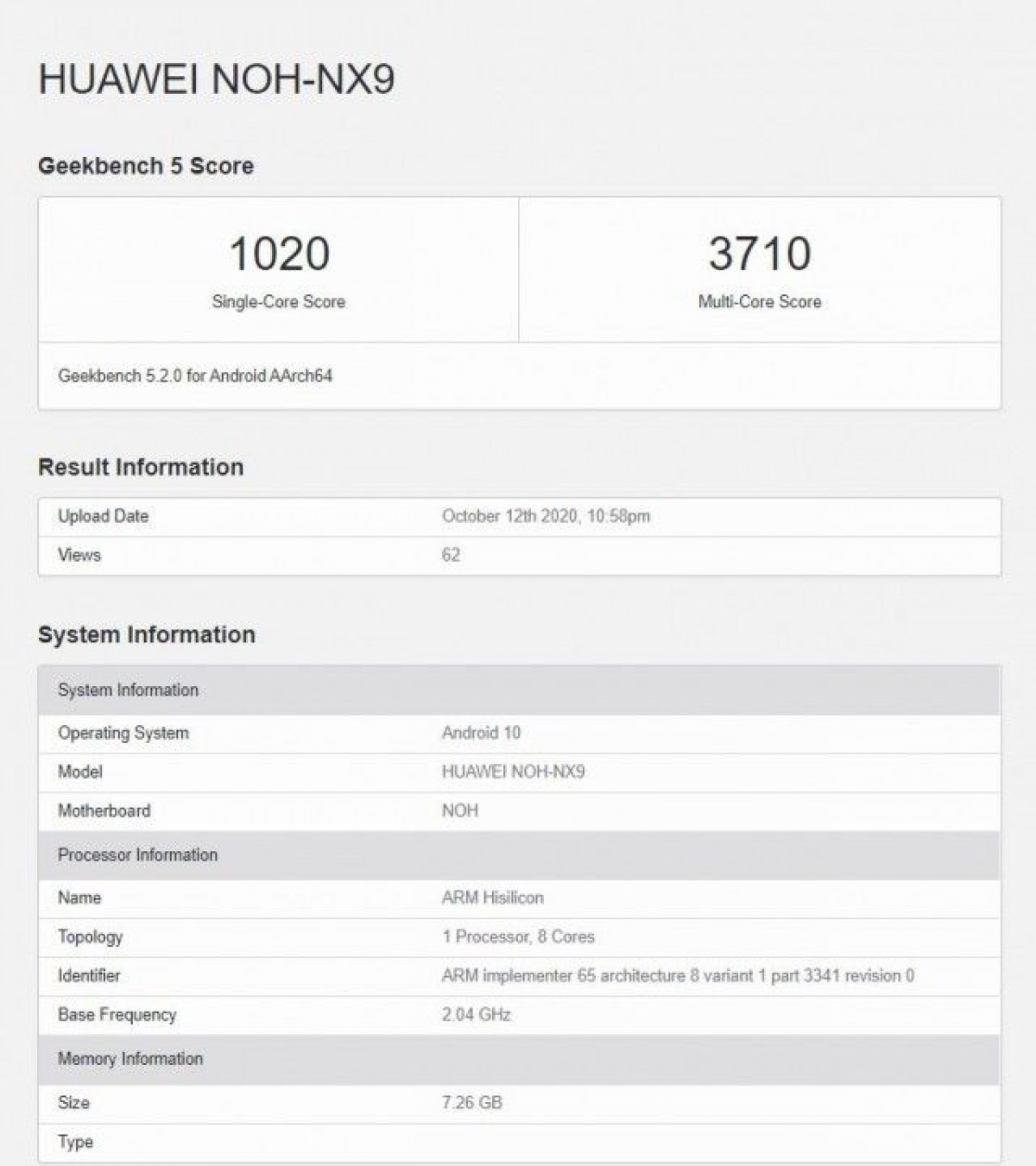 The new Mate will exceed all previous Huawei models with 65W wired fast charging support, battery capacity will be 4,400mAh, so about the same as last year. Wireless charging (including reverse charging) will be supported too, though we don’t know the speeds of those.

As for potential other devices at the October 22 event, Huawei is expected to unveil the Huawei Mate 40 with slightly inferior cameras, a Huawei Mate 40 Pro+, with an octagonal camera island, possibly a leather rear panel, and likely the 8MP f/4.4 240mm 10x periscope camera from the P40 Pro+. 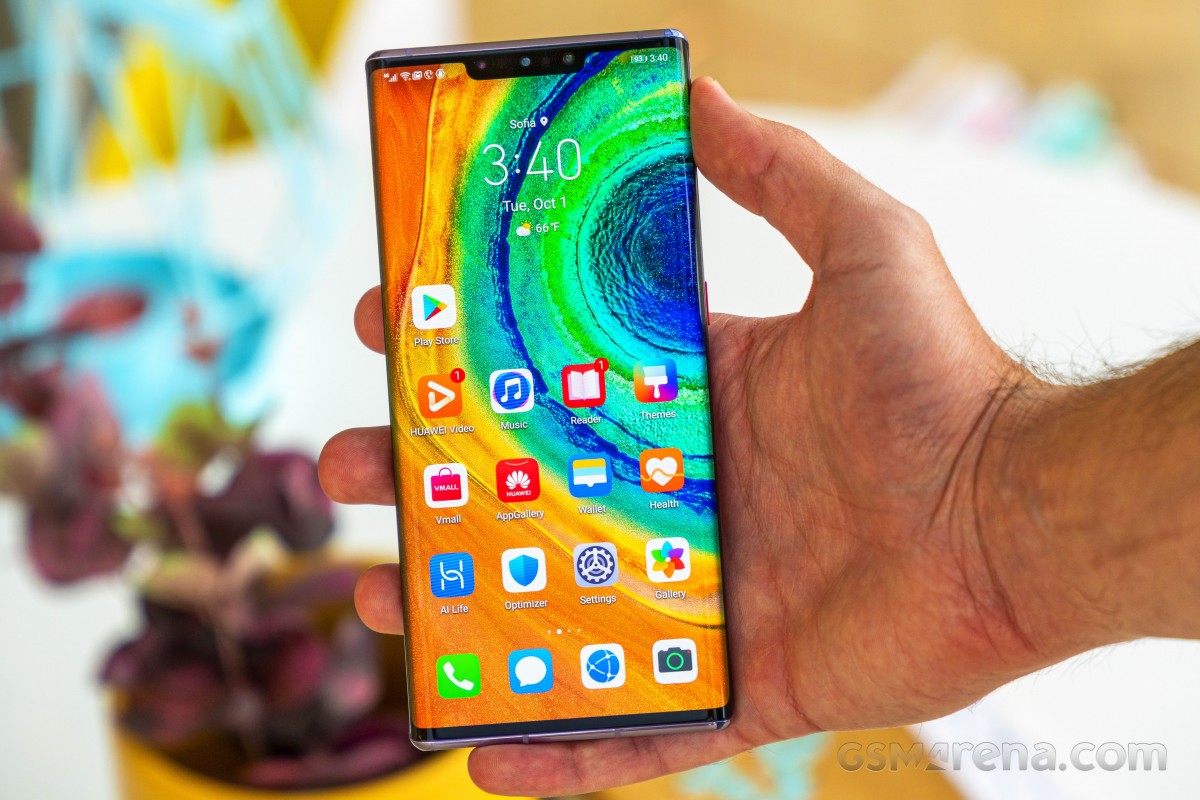 Finally Huawei is expected to beat Apple to the Studio moniker with the FreeBuds Studio. However further details are practically nonexistent at this point. 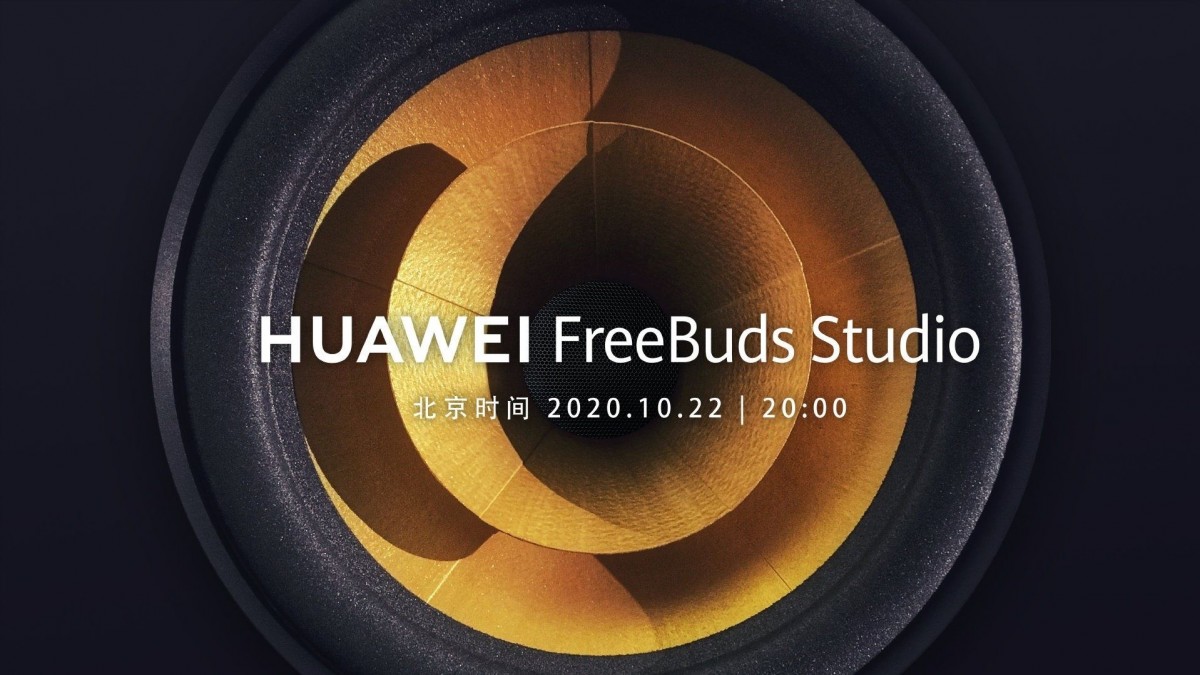 You can check back in on Thursday for full coverage on the Huawei Mate 40 Pro and more.

Another Huawei Mate 40 Pro teaser, this one's about ultrawide camera

So far so great but nano sd cards are deal breaker and lack of google services too. Hope Huawei will runs ints harmony OS soon. There are plenty of apps i cannot use just because some stupid people from USA country cant cope with lies they sprea...