Huawei Mate X2 4G goes on sale in China with HarmonyOS 2.0 out of the box

Huawei has trouble sourcing 5G components due to the trade war with the US, so the company has taken to re-releasing some of its existing 5G phones as 4G-only models. The latest to take the plunge is the foldable Huawei Mate X2.

The 4G model went on sale in China for the first time today at 10:08 local time. Besides dropping the 5G connectivity, the phone is almost unchanged - it still uses a Kirin 9000 chipset, for example (the 4G version of it, anyway). Anyway, connectivity is not the only thing that changed on the Mate X2 4G. Huawei took the opportunity to preload Harmony OS 2.0 on the phone, instead of having it launch with Android 10 as the 5G model did (which is one of the first to get Harmony over the air).

It’s not just the foldable phone either, a few days ago Huawei launched 4G versions of the Mate 40 Pro, Mate 40E and nova8 Pro, all of which originally began life as 5G phones with Android. Yes, the OS was swapped for Harmony on these models as well. They went up on store shelves a few days ago. 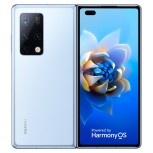 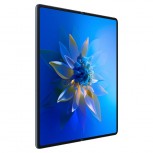 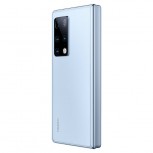 You can still order a Huawei Mate X2 4G from Chinese retailers, though shipping dates have slipped to July 11. It’s not clear if any of these models will be sold abroad.

The internal screen is too soft. Unfortunately It easily leaves a dent if you apply a bit of pressure on it.

It's for China only. Don't understand why people outside China complain about the price of a device that they are going to get it. And I can assure you rich people in China will buy it. You don't have to worry about that either.