With the Kirin 1000 chip shortage that Huawei is experiencing, there were speculations the Huawei Mate X2 won't come around until next year. But the new Wi-Fi certification from the Wi-Fi Alliance is indicating otherwise. 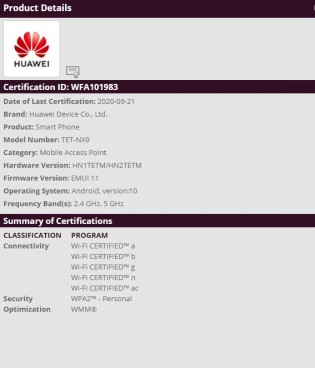 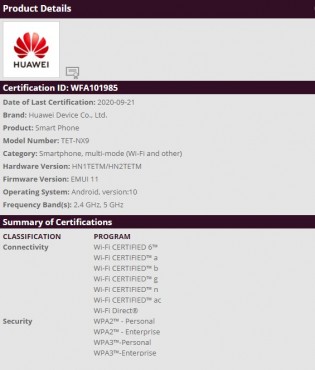 Screenshot from the Wi-Fi Alliance certification

The fact that Mate X2 had passed the certification process clearly indicates that its launch is around the corner. Other than the fact that it would support Wi-Fi 6 and run EMUI 11, there's nothing else that could be of any interest in the actual listing.

In other Huawei foldable phone news, the Mate Xs has entered the EMUI 11 beta program indicating that the final software for Huawei's current foldable smartphone will soon arrive. The device enters the program along with the MatePad 10.8.

Wouldn't touch it with a ten foot pole considering what they priced their first one.

I love my mate Xs, the only thing i hate is the trim guard popping out on the top part

I will miss a jack though, maybe it becomes popular again, adapters get screwed too often. Cannot wait to see some exciting stream, with others bringing nothing but what you expect...