As the name implies, the Huawei Mate Xs isn't an entirely new release but more of a modest hardware refresh of the original Mate X. And it kind of makes since the first one hit the market just a couple of months ago. Perhaps we should expect a full-fledged successor later this year. But for now, let's focus on the task at hand - to see what is new with the refreshed Mate Xs.

To be frank, while the first Huawei Mate X came to be and we tried it out for the first time, we couldn't get away from the feeling that the phone was more of a prototype than a finished product. The Mate Xs, on the other hand, gives us a more polished feel.

The most notable changes are under the hood - the brand new Kirin 990 chipset and the refined UX that should be more useful in this form factor. Additionally, the new version offers an improved hinge design. It's still called Falcon Wing, though. Here's more about the design in detail.

Let's start with the centerpiece feature - the foldable display. It's the same as before - 8.0" when unfolded with a square 2200 x 2480px resolution and when folded it shrinks down to 6.6" with 1148 x 2480px resolution (19.5:9 aspect ratio). And since it's a popular topic these days, Huawei shed some more light around the material and technology used to make the foldable OLED panel. 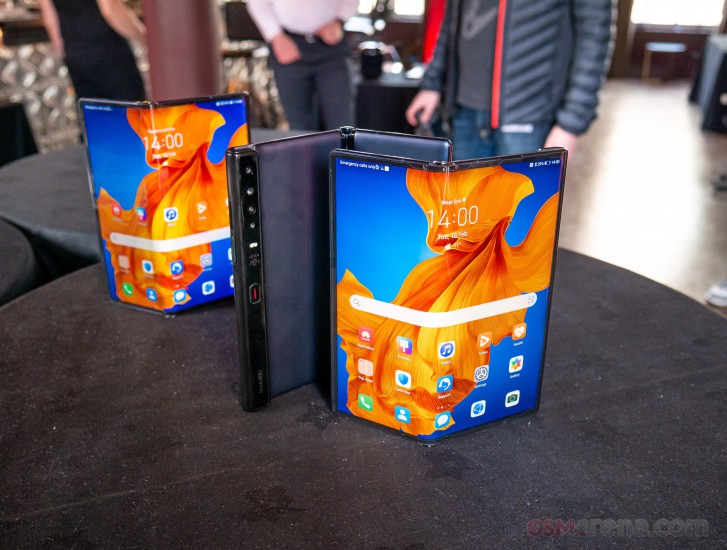 The top sheet is a 2-layer polymer structure for added strength, which consists of a polyamide film and another softer polyamide film with optically clear adhesive in the middle to keep them together. Huawei clarified that the extra layer has been added to make the panel more robust. Still, scratches are inevitable with these flexible panel designs so Huawei has included a bumper case in the box that keeps the display elevated above the surface and prevent it from scratching. 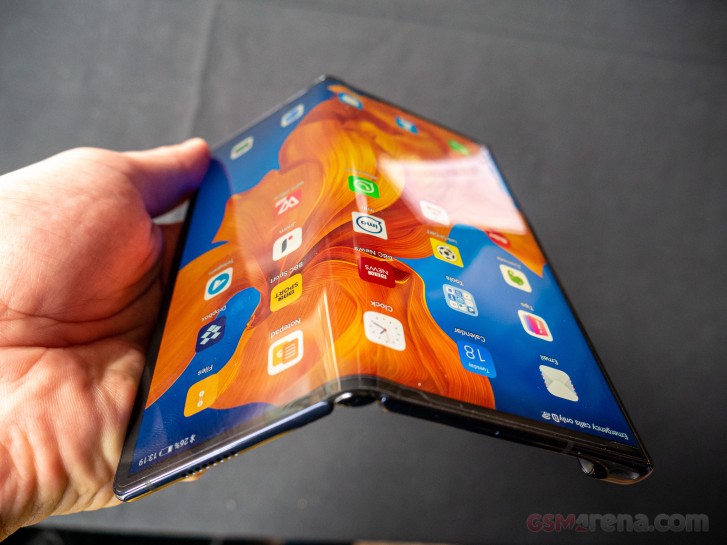 Either way, the crease is still there - just like every foldable smartphone out there - but it can be barely noticed when using the phone. You have to look at the screen from an angle when unfolded to see it. But you can always feel it, though. It's an intrinsic issue with foldable phones it seems, we don't have the technology for flawless displays yet. 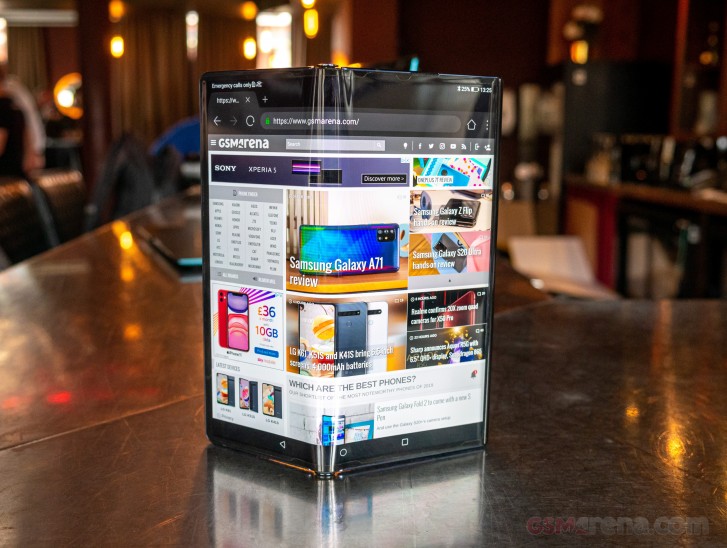 We are sure about the hinge design changes, however. The new Falcon Wing hinge has a more enclosed structure keeping away dirt and dust. Despite that, we noticed that the backside of the hinge is a bit too revealing when the handset is unfolded. We were able to see the backside of the screen peeking through so it may pose some issues in the future. 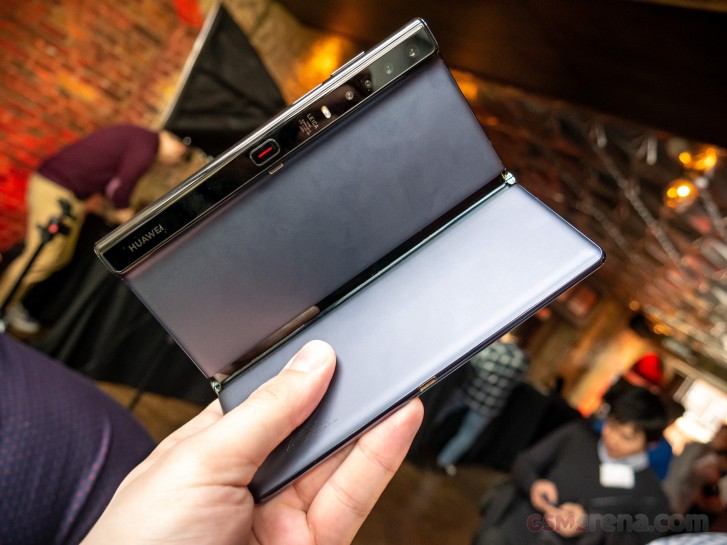 But the openings are rather necessary due to the so-called Flying Fish Fin cooling design that lets some airflow go into the internals from the hinge itself. 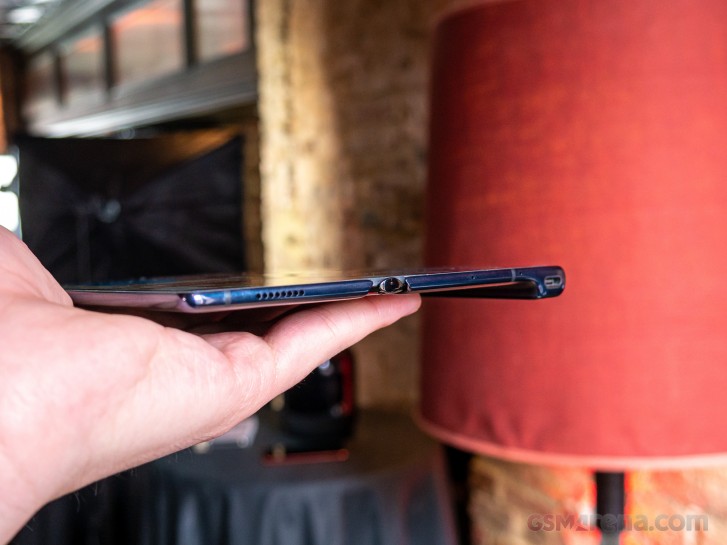 The rest is already familiar - there's a release button that lets you unfold the device and the back screen can only be turned on when you open the camera app to snap a selfie. 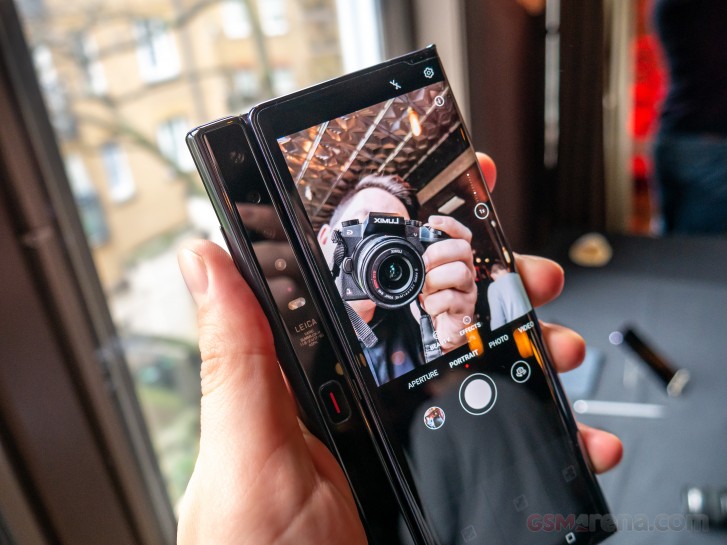 We also checked the dimensions and they align with the original as well - 5.4mm in the thinnest part of the chassis going up to 11mm in its thickest part.

I'm not going to go into total rant, I'll save that for Huawei customer service. I'm disappointed with two things. 1. I rather the phone open up like a book to reveal the screen. I can see it now little metrial, scratches from being...

no stereo speakers and no headphone jack.creases when folded and unfolded and wildly expensive.early days yet.

its out with Three now