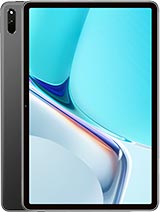 Hady, 26 Oct 2021This is one of the best tablets in the market, the hardware... moreYeah bruh you should have gone pad 5 cause no Gapps is extremely irritating. Huawei has always been hostile in software side. I don't know why they don't make things easier and put Gapps on internet unofficially under the hood by third party forums such as XDA. I guess they don't have smarts.

It's pretty good offer, but...

If you are into BT audio because of US sanctions there are no Qualcomm audio codecs. Tablet supports BLE, SBC, AAC and LDAC.
On the other pro test, measured contrast was actually abysmal (573:1) with a poor black level of 0.96 cd/m².

I am sceptical about updates but so far there are regular monthly updates (system + security).

Huawei is desparate as they are quickly losing marketshare.

Go on official Huawei Store Germany and check. For 399 € (64GB version), you get the following gifts:
1) M-Pencil (2. generation)
2) Bluetooth mouse
3) Magnetic keyboard
4) 6 months of Joyn PLUS+ subscription
Plus free shipping and return shipping.

This is one of the best tablets in the market, the hardware is awesome ( Speakers, Display screen, device material, ...etc ), the software is smooth and good and would have a wonderful future, but buying it was a big mistake :-( , I got it to help me in work, the more than one million apps they pretended on app gallery, are different apps from my need, no official zoom, spotify, teams, meet, even outlook and more is not available.
Petal and APK pure will provide most this apps, but they are not supporting google services.
It's 2 hours of usage and I am feeling regret for getting it instead other options like Xiaomi pad 5, and Samsung galaxy tablet S7, ... etc

One of the best set of stereo speakers on any tablets, smartphones or laptops ever.

EricDVP, 15 Sep 2021Does anyone know what is different between chinese and glob... moresame !

chris, 18 Aug 2021held this in person at huawei store. and build quality suck... morefunny i held this in a shop, felt premium and the speakers are great. super thin. I found the s7 less pleasing to hold.

Does anyone know what is different between chinese and global Rom in Harmonyos??

So this is basically a MatePad Pro 10.8 (2021) but with a slightly downgraded chipset, no cellular connectivity, and slower charging. The only reason why I would pick this tablet is because of its more universal MicroSD card support instead of Huawei's NM card.

Anonymous, 19 Aug 2021Why harmony os not emuibro emui is for android but they dont have android so they made harmony os

Pelilin, 21 Aug 2021i found issue with this device after purchasing it. It can ... moreI remember d US taggd huawei as a company that works for china govt during d trump presidency and google removd android frm huawei. . So huawei developd their own OS and thats maybe why u cant DL any google products

i found issue with this device after purchasing it. It can reboot itself sometimes i dont know what is the cause. Whenever it load something or processing something it can reboot. Even on the first setup page it reboot without any reason.But luckily lately it doesnt reboot anymore i dont know what is the cause. Since i bought it for my parents who love chinese products so i dont really mind. But i who used to have google service i feel annoyed. I cant even download youtube or google connected apps at all. I tried downloading google service from youtube (the guy who tell how to install it with the link) and it didnt work it said the app only work for mainland china. So it has some drawbacks but the screen and the audio is really good i tell you there are no problem other than google service and that initial reboot issue.

Why harmony os not emui

held this in person at huawei store. and build quality sucks. told me that it was aluminum, however having a tab s7 and ipad in comparison, this feels cheap cheap. no problem with the design, but upon holding the tab it just feels not premium.

asked the sales rep id it contains youtube (but i know it doesnt) and to my surprise she told me yes and claims that it all has all the apps. what a joke huawei. fooling yourself. hahahaha

you can purchase a samsung tab s7, maybe an import hongkong version would be the cheapest and u will not regret it if this was your consideration.

huawei ecosystem is a joke. you will not get the future android os updates, and always be lagging behind.

but good job, this is a cheap tab, with freebies.

Why Qualcomm snapdragon? Not kirin processor.

Is there google meet?

Rajeander, 06 Aug 2021Please Huawei. I need an 8 to 9 inch tablet with this kind ... moreMate x2, they already released it. No reason to cannibalize its sales like how you suggest