High-end Android tablets have fallen by the wayside, which makes the Huawei MediaPad M5 all the more interesting. It has a premium build as well as premium features, including an optional stylus.

The tablet comes in two sizes – 8.4” and 10.8” - though other than the size of the screen and battery, they are virtually identical. Specifically, they have IPS screens with 2,560 x 1,600px resolution. The screen is covered with 2.5D glass – Huawei claims this is a first on tablets.

The metal unibody has reinforced edges that help protect the screen. If you go for the larger model, Huawei has a bespoke keyboard (that connects via pogo pins) for a 2-in-1 experience. 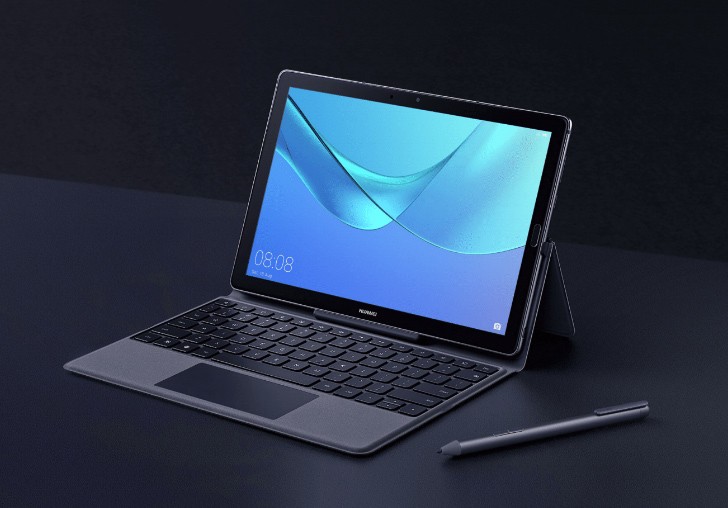 The MediaPad M5 runs Android 8.0 with EMUI 8.0 and is powered by a Kirin 960 chipset (from the Huawei P10/Mate 9). It’s coupled with 4GB of RAM and up to 128GB storage – there’s a pricing table below and do keep in mind that there’s a microSD slot, so there’s no need to go for the top model.

Technically, there’s a third tablet – the MediaPad M5 Pro. That one is the 10.8” tablet, but comes packaged with an M-Pen, Huawei’s stylus. It can sense up to 4,096 levels of pressure (just like a certain other stylus). Buttons on the stylus itself offer shortcuts to take a screenshot, delete an image or launch an app. 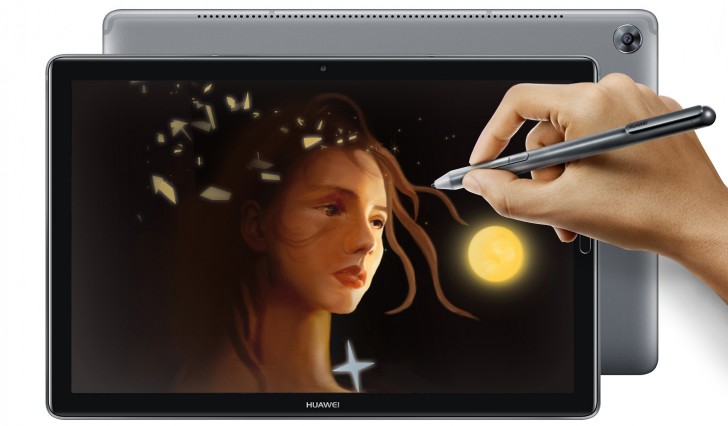 Okay, the two tablet sizes aren’t completely identical. The 10.8” models have quad speakers – tuned by Harman/Kardon – while 8.4” tablet has stereo speakers. Both have dedicated power amps and support Huawei Histen for an immersive 3D sound.

If you’re the type to take photos with a tablet (not that we would judge), these two have 13MP cameras on the back (with autofocus) and 8MP shooters on the back (fixed-focus).

The MediaPad tablets will be available in the Spring in Europe, North America, China, the Asia Pacific and the Middle East. Here come the prices:

at least it won't down clock your processor just because your battery getting a little bit old, haha