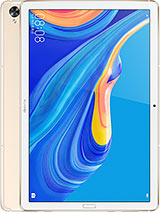 U can install google services & using pen (if u buy pen). This is all wat u need to know, especcialy if u loking Galaxy tab s6 lite.

MediaPad M6 is really good device, but it was just unlucky because of politics

Nothappy, 04 Oct 2020Stuck with this pile of crap. No Google play equals no use ... moreI added Google services just fine and they 8 months now work like a charm.

Nothappy, 04 Oct 2020Stuck with this pile of crap. No Google play equals no use ... moreYou PetalSearch for Applications and Vanced Youtube Manager for Stock version of Youtube..There are several links on Youtube to install Google Services on Huawei

Stuck with this pile of crap. No Google play equals no use at all. Argos refuse to refund so will probably bin it as tubs version is locked and hacks don't work. Would have paid extra £100 to switch on and use Google play.

The software experience is really bad without google, Huawei app gallery doesn't do the job. It is shame.

M6Freakshow, 01 Jul 2020Only 480p works with an old Netflix version.Goooooood

Only 480p works with an old Netflix version.

It took me 2 weeks to find the correct method and files to add Google play into the tablet. It was a pain in the ass.

Don't ask me to share it cause I don't want it to be blocked or patched.

Anonymous, 09 May 2020Can anyone share the steps to install Google Play so it wor... moreHuawei mediapad m6 does'nt have google play?

IDONTKNOW, 24 May 2020I don't know why ppl keep nagging at 4gb RAM. I think 4gb R... moreLet's say you get a device whose battery lasts for 4h, would you complain about it? or you'd say there's no problem as there are many power sockets around to charge it?

In other words what's the point of getting a slower usage experience when you can get a faster one with the same money? I can't understand why people say, "yea, so what?" and accept compromises so humble in front of a big company...who to save few bucks they give you only half the performance because they know you'll take it anyway..

catalinn, 08 May 2020yupp, marketing move, forcing you to either buy it with 4Gb... moreI don't know why ppl keep nagging at 4gb RAM. I think 4gb RAM is enough. Processor Kirin 980 is also powerful.

I'm glad I bought this and not the iPad 2019, as I managed to install all the Google services and now they work properly, even Netflix

Anonymous, 08 May 2020Ipad 7 has only 3gb of ram and people don't cry about it...ipad is using another OS, less hardware demanding then Android, in case you didn't know...