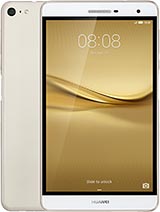 After having this thing for 5 years, its still great with some maintainance and some changes and tweaks in the kernal. I dropped the Huawei Launcher and use Nova Launcher instead. Sure its still quite slow sometimes but its still a great device.

The only thing that isn't great about this device is the old android 5.1 in 2021 (cuz no updates) and the battery (that is because it's tye original 5y/old battery though😂)

Other than that, I found myself attached to it.

bfdgbnfdg, 10 Jul 20191 year and it became trashSame with me, almost 12mths then it was totally unusable, actually unusable. The most basic apps wouldn't work on it and loads of apps couldn't be downloaded onto it, even though I had those same apps up and running on another android 5.0 device.
call quality was okay, but i always had to use headphones. The device was laggy and the GPS was horrendously inaccurate.
I'm pretty sure my Mediapad was allergic to holding a charge because the battery would drain just pressing the standby button. - it dropped 11% in 2 mins (nothing running in the background, no wifi, no gps, no sim card) I was just staring at the home screen.

The loudspeaker was the best part about this phone.

I had punched this tablet/phone/doorstop/ bovine by-product so many times and frizbee'd it into a wall. Burn you money instad of buying this, at least you'll have more satisfaction.

bfdgbnfdg, 10 Jul 20191 year and it became trashI had been using for 4years, just only change battery. It is a super device.

1 year and it became trash

T2 pro, 23 Jan 2017I bought it around 2 weeks ago, and I was good; however, af... moreYou are lucky my mate 9 keeps eating all my photos of last trip to thailand

SD1981, 26 Oct 2016I actually cannot stand this table because the software is ... moreI am so dissapointed with this tablet, no updates at all.

Can we edit document there?

Is this upgradeable to Android 6 or 7?

This is my 2nd Huawei unit. I don't understand why it moves alone!
It plays automatically and enlarge and type on its own.

This is a very stressful experience!

SD1981, 26 Oct 2016I actually cannot stand this table because the software is ... moreTry nova launcher. The stock launcher is not so good. Nova launcher with 2gb ram running fine, due to android 5 all phone, tablet lag.

Am using T1.0u its affortable

Does it good for skype calling ??
Please tell me price ...
Thank you for advanced...

Does it good for video calling ??

The gpu in the snapdragon 615 are weak, that's why it lags..

I just purchased it from Vietnam. The OS is very lag. I don't understand why it run lag more than my Samsung A3 old phone 2015 or Nexus 7.

It may be my wrong choice!? Anyone had same problem and fixed?

Anonymous, 12 Dec 2016the back camera (13MP) is not as good as they have announce... moreexactly, Camera's very bad. A bit lagy

I'm ready to buy it next saturday