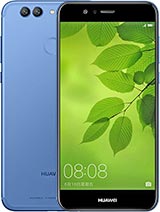 It would be great if this phone had infrared.

rich watarious, 27 May 2017Wow, this Nova 2 series is landing next month. I like few things... moreit will be landing in June worldwide... any news about it?

Your Sapphire blues are dangerously beautiful but the Grass green colour of this phones is crazily attractive. A phone reviewer mentioned the beautiful colour as LIME GOLD. This green is more beautiful than any green I have seen on a phone. Please bring this phone out around the world. We need this phone.

A downgrade from previous model.They should have used the same 4k video recording and add a 1080 with 60 fps and OIS.The selfie should be 12 mp max and worthy of those mp not like samsung 16 mp but 4 mp worth value.The chipset is a downgrade as well.It should have been SD 653 or older SD 652 or if it want's battery saving SD 626 with 3800 mah battery.
And that absurd 128 gb storage.I mean more the better but come on.The only thing that will be worthy is the ram and storage and if the cameras will turn out good,which i doubt.
They even removed Radio too.I hope they fix the sound recording from the previous model while recording a video.

Okay people complaining about GPU. I saw the same processor and gpu in P10 Lite outperform the Redmi Note 4 with Snapdragon 625. Gaming might be a let down with some frame drops. But for an average user or basic user this cpu and gpu can perform many tasks smoothly

The cpu is quite strong but not the gpu

Oh surely India will have it.

Is this phone is launching in india...???

Why Huawei, I just realised that the Nova 1 plus could take 4k video but this new Nova 2 plus can't take 4k video. why is that Huawei? Also no ois this time but the last year's one had ois why Huawei? Answer me.

trumpishere, 26 May 2017the GPU is very weak ! Mali T830 is too old ...Yeah I have to agree I don't know why Huawei keeps using them. Especially since the First Huawei Nova used a adreno 506 GPU, that I personally think is better than this One

WoW phone looks beautiful and range of colors is great you can pick from.
I am satisfied. Specs are also brilliant but GPU could be slightly better for same price.
Anyway satisfaction.

My third pleasure about this phone is the 24-bit/192kHz audio you included for high quality audio sound. You don't give us that in your mid-range phones but you have this time well done. My number four pleasure is the 20 mp selfie camera which is for a high quality selfie. The battery is OK the CPU is quite high and the GPU Mali - 830 mp2 is quite OK although I would have loved 880 mp4. I would also have loved your chipset hi-silicon kirin 950 which is your second best performer after the kirin 960. But I still hope the kirin 659 will work well, the kirin 655 is proved very good so I believe this one will be good too. The dual camera I hope is close to honor 8' camera or same. In all I think this phone is good enough but 350 euro would sell better. Now we are looking for mid-range phone that can replace honor 8 as performance and customer satisfaction is concerned. It sold very well for you and still selling because it's good performer beating many high end phones even some flagphip phones.

Wow, this Nova 2 series is landing next month. I like few things about this phone. First of all high end ram of 4gb and 128gb more ROM for we those who like to snap good videos at different functions. Photos, music clips and many more. Wow you made it easy for us. My memory has not been any for me at all. Even apps alone takes half of my 32gb which fresh from the box has 20gb free for my usage. You have made it easy for us even if we don't have SD memory card to install for more space. After this huge memory you also included SD card slot for us, well done, thank u Huawei for that.

Also bluetooth 4.2 already there is bluetooth 5 version people.. And only 128gb think waste of money. 32 or 64gb version Necessary!!

Now, this has OIS or not? I have seen on another site where it says it has OIS.