Huawei nova 2 to be announced on May 26

The month started interestingly for Huawei fans after a TENAA listing leaked the nova 2. Now a poster about the official launch of the device appeared, confirming that the new nova will arrive on May 26, just eight months after the initial Huawei nova launch. The new device might appear in Plus version as well since the poster says “Huawei nova 2 series.” 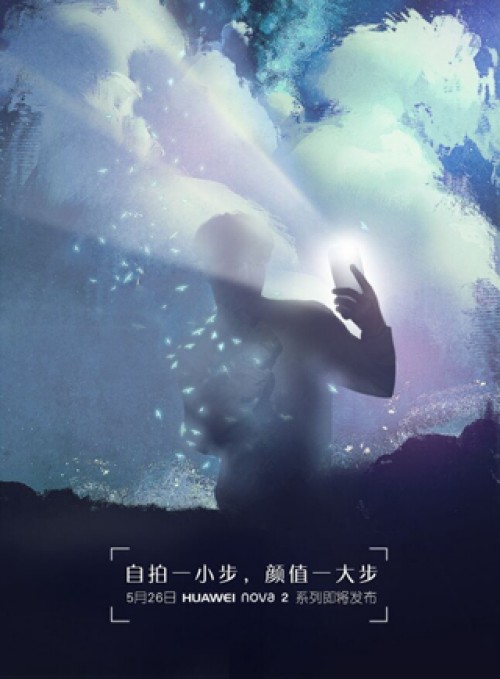 The key slogan on the poster translates roughly to “That’s one small step for self-shooter, one giant leap for the value of the device.” It hints to a 20 MP selfie camera in the Huawei nova 2 and two 12 MP snappers on the back, according to inside info.

Sources also suggest the screen of the nova 2 will be 5.2” while the nova 2 Plus will have slightly bigger 5.5” screen. The chipset might be Snapdragon 660 with 4 GB RAM. The phone is powered by a 3,000 mAh power cell that will support 18W fast charging.

Source (in Chinese) | Via (in Romanian)

Yes, Mate S is one of most beautiful designs ever done by Huawei and the phone is good too. I have read a number of people waiting for the Mate S2 but it is taking forever for Huawei to give us that. It seems they don't care. The first one had very ...

Yes indeed ugly camera placement, the two cameras should have been place a bit apart like the P10's excellent placement.

This will surely be better than the first one. Good staff there thank you Huawei.