The Huawei nova 6 arriving on December 5 has been listed on VMall.com (a Huawei-run online retailer) in four colors and two memory options - 8GB/128GB and 8GB/256GB.

The smartphone will come in 4G and 5G versions, but according to the listing, the former will only be available in 128GB storage option and come in Black, Blue, and Blue-Purple gradients.

The 5G variant, on the other hand, will come in both 128GB and 256GB storage options and will be available in Red color as well. 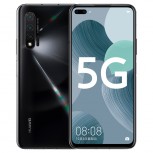 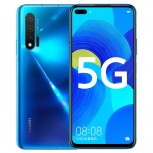 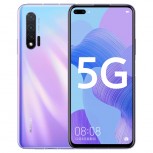 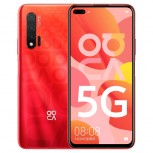 The listing doesn't include any specs of the Huawei nova 6, but the images do reveal that the smartphone will have a 3.5mm headphone jack on the top and a volume rocker and power button (with a fingerprint reader embedded) on the right side.

Additionally, the new set of renders also reveal text on the back next to the cameras which reads "AI Camera | OIS Tele", hinting AI-powered camera features and a telephoto unit with OIS. 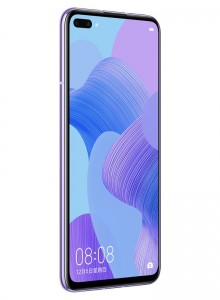 Huawei hasn't officially revealed the full specs sheet of the nova 6 yet, but the company has confirmed that the smartphone will sport a 32MP camera on the front joined by an 8MP ultrawide angle unit.

That said, the nova 6 passed through Geekbench a few days ago revealing key specs - Kirin 990 SoC, 8GB RAM, and Android 10.

Nova 5T uses Kirin 980, so technically it's a phone from the previous generation.

To be honest with you I'm happy they still keep the headphone jack but I'm more happier for the fingerprint since there are very few embedded ones these days.

Nova 5T is just rebranded Honor 20. Since Honor V30 is already out, Huawei also needs to have another new good mid-tier phone on the market.