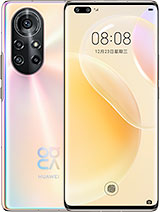 KaOZneRO, 14 Jun 2021Don't buy a phone that doesn't have google suppor... moreI have many games but they're connected on an e-Mail of the Game Company, Not Google Play games. Simple and quick solution... And Gaming on a Desktop is just better, I mostly keep my phone for Calls & Texts which any Huawei even with HarmonyOS can do.

KaOZneRO, 14 Jun 2021Don't buy a phone that doesn't have google suppor... moreSpeak for yourself. Google store your life forever.

KaOZneRO, 14 Jun 2021Don't buy a phone that doesn't have google suppor... moreThat's what gaming pc's are for

KaOZneRO, 14 Jun 2021Don't buy a phone that doesn't have google suppor... moreIs it because of games u buy phone... There's other ways for it

Don't buy a phone that doesn't have google support... No matter how good the looks and specs of this phone. Its not worth it if you can't use it. Apps specially games this days requires google access. Don't waste money buying this...

Install Google Play Services on your Huawei phone using Googlefier
Download and install the Googlefier app.
Launch Googlefier.
Grant the app the permissions it requires.
Follow the instructions on the screen.
The app will then replace the existing backup app and restore LZPlay.
Sign into your Google account when prompted.

sagem0, 26 May 2021i don't know why bigger phone with small battery why n... moreMy man, there is always difference b/w big & small phones. I used Redmi note10 with 5000 mah battery, yet, it's performance is not up to that of Huawei Nova that I used. I had to revert to the Nova which I enjoy more than those with bigger batteries despite the nova having just 4200mah capacity. So keep cool. Huawei is always better.

How good is the harmony os ?

Anonymous, 29 May 2021Huawei is doing like Apple iphones. Using same battery for ... moreyes you are right

Huawei is doing like Apple iphones. Using same battery for every device coming back since 2018 till nowadays

The name says this phone is 4g only but the chipset is 5g: Panik
8GB Ram: kalm
Android 10 instead of 11: Panik
4000mAh battery: Panik
No google play services: MEGA PANIK

Anonymous, 16 May 2021does it have a haptic motor ?Yes a very good one