The Huawei nova plus is one half of the nova pair that debuted at IFA just weeks ago. It's a new generation of an Android smartphone by Huawei, mixing midrange with flagship, premium with everyday, trying to deliver a fresh experience in an increasingly busy market.

The nova and nova plus handsets take a step back from the P-lineup, but offer the same attention to detail and user experience. These could easily replace the Honor devices, which are sort of stand-alone brand that's not available everywhere where Huawei is.

A camera-centric phablet with a pinch of Mate in it is what the Huawei nova plus represents. The regular Huawei nova is slightly more compact, but still a 5-incher. 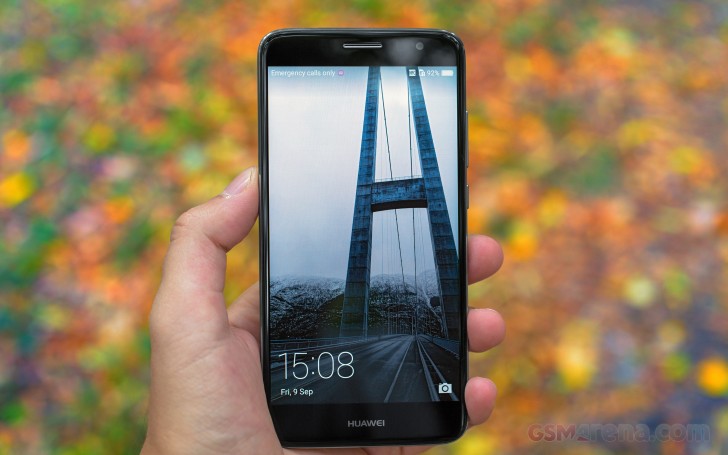 The Huawei nova plus clearly takes after the Mate series and comes with a 5.5" 1080p screen enhanced by a beautiful 2.5D black glass. It's powered by a capable 14nm Snapdragon 625 core with 3GB of RAM, but it's the camera that stands out, a 16MP bright sensor with optical image stabilization and 4K video recording.

In case you were wondering, the Huawei nova plus is the global version of the Huawei G9 Plus launched rather quietly in China last month. The company has the habit of releasing some of its phones in its home market first under a different name so nothing out of the ordinary.

While the list of features Huawei packs in each new device is steadily growing, the shortcomings are pretty consistent as well. The lack of a proper screen protection was perhaps a more blatant omission in the flagship Huawei P9 as its screen could easily scratch if you are not careful.

Other than that though, there are no major gaps in the spec sheet. On the contrary, the Nova plus is among the first company devices to offer 4K video recording, and it's not even a flagship. There is an FM radio too, which is a rare catch these days.

Let's see what else the Huawei nova plus has in store for us. We continue on the next page with the usual unboxing and hardware checkup.

P10 lite better all the way

Hey tell me which one is best huawei Nova Plus or P10 lite .. i want to buy new phone .. nd I'm very confuse between these two ...

Lol that's real. You simply can't accept that Huawei can never take something as beautiful as the XZ can