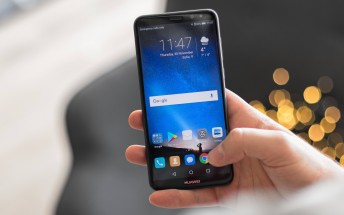 Huawei is preparing to launch its next flagship the P11 in February and first leaked firmware files suggest a surprise is on the way. According to XDA Developers, the Chinese manufacturer is going to introduce the phone with a notch on the front screen, similar to what weve seen in the iPhone X, Essential PH-1, and Sharp Aquos S2.

The overlay image comes from a reference in a configuration file that defines the RoundCornerDisplay. Multiple files are associated with this definition, all of them appearing to assist in avoiding drawing over parts of the screen to accommodate the unique display.

Another file has the word "notch" in its name ro.config.hw_notch_size with the value set to 258,84,411,27. It might represent left, top, right and bottom offsets in moving screen content.

With the new screen, Huawei might introduce a new 2240 x 1080 resolution. The device will have a 6.01 Samsung-made 2160x1080 pixel LCD, so it would be interesting to see how the manufacturer will implement the extra pixels on top.

Huawei P11 will probably be announced at MWC 2018, exec says

I guess next big thing will be under screen sensors, starting with fingerprint, wish it comes to cameras also. This feels wrong. As if there aren't transparent screens.

Oh February will be here soon, just in 2 months. P11 will have to add more features but I strongly believe that it will be better performer than the mate 10 because the chipset would be fully optimised then.

Apple set the trend with this notch.....Now Huawei and all the others will copy this.