Notches, plenty of cameras, and flagship prices - all the rumors and leaks about the P20 series pointed to those. Now everything is revealed, thanks to leaked specs sheet by the German retailer Saturn.

The retail info sheets that seem like the real deal show that the Huawei P20 will have 20 MP + 12 MP camera setup, most likely the already familiar Monochrome + RGB setup from the Mate 10 series, while the P20 Pro will have a triple camera combo of 40 + 20 + 8 MP. 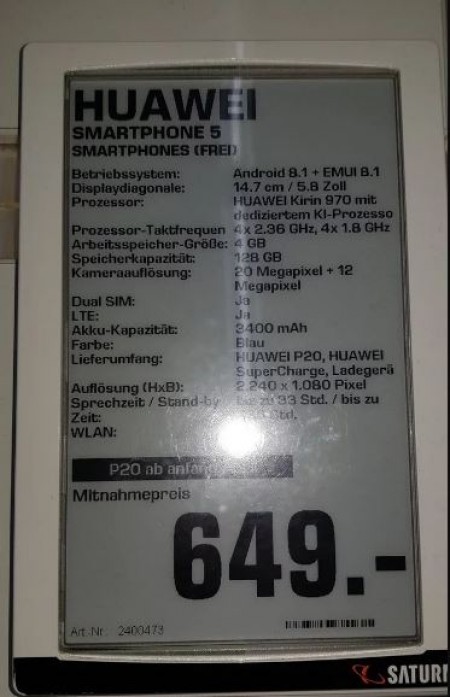 The battery will have 3,340 mAh capacity and will support quick top-ups via Huawei’s SuperCharge technology. There is EMUI 8.1 based on Android Oreo, but we will only know what the differences from the EMUI 8.0 tomorrow when the phone is unveiled. 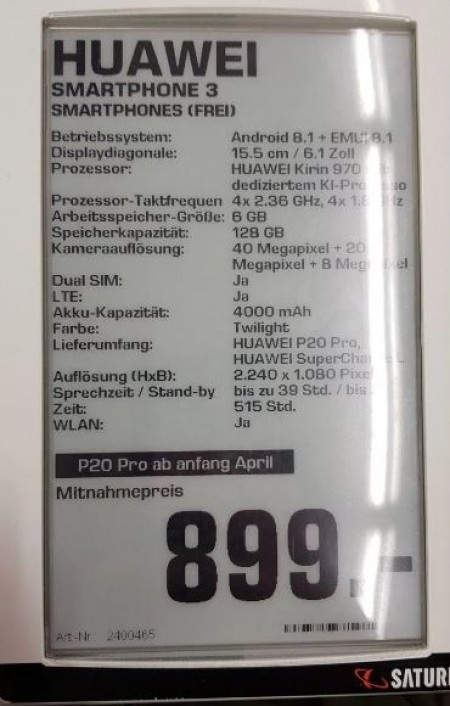 The Huawei P20 Pro looks like a genuine cameraphone powerhouse. The 40 MP sensor will reportedly serve as the primary camera, while the 8 MP one will serve as a telephoto addition with “hybrid zoom” - 3x optical zoom, 5x magnification. The third cam is reported to be a Monochrome sensor that adds depth and details in low-light photos.

We will be attending the Paris event tomorrow to spend some quality time with the P20. Keep an eye on our homepage for exclusive photos and details about the new flagships that we will report once the phones are announced. Event begins at 1PM GMT tomorrow and we'll also provide you a livestream link if you want to follow it from the comfort of your home.

Yes i know the it's annoying. But thats exactly what designer thought. Being annoying it stands out from the iPhone copying crowd and s8 like ripoffs like g6 and v30 (im talking front design on these two)