Two days ago, the Huawei P30 Pro paid a visit to Geekbench with Kirin 980 SoC and 8 GB RAM. Now, the P30 with the same chipset and lesser RAM has stopped by this benchmarking database scoring higher than the Pro variant.

The Huawei P30 bearing model number ELE-L29 with Kirin 980 and 6 GB RAM scored 3,296 and 9,900 points in Geekbench's single and multi-core tests, respectively. This is slightly higher than the P30 Pro's score of 3,289 and 9,817. However, it's worth noting that these are likely prototypes and scores might not be representative of final units. 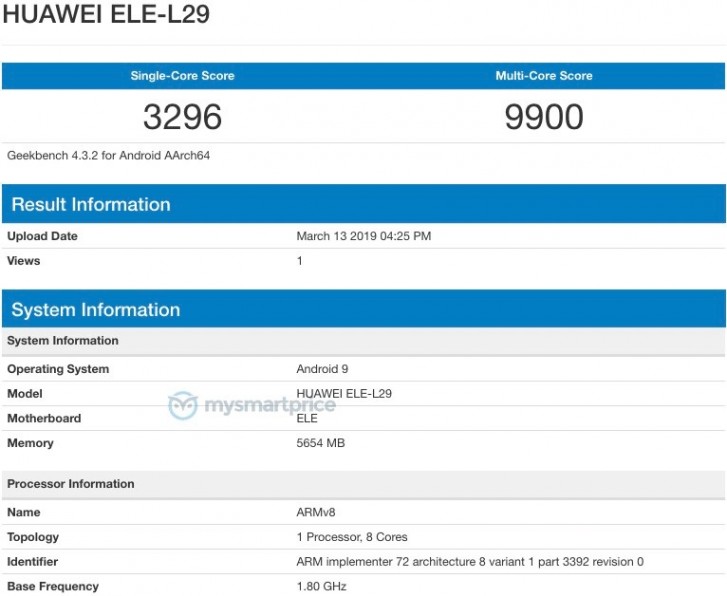 Huawei will unveil the P30 series later on March 26 in Paris. The P30 will come with 6/8 GB RAM and 128 GB storage, whereas the P30 Pro will arrive with 8 GB RAM and up to 256 GB storage. The Chinese phone maker is also expected to launch the P30 Lite alongside these smartphones.

Well this getting funny.

And another Important point for the P30 ist it doesn't have that useless Edge Display.

I prefer if p30 pro uses 2 chipset options. Kirin 980 and Snapdragon 855, we see which markets are preferred.