The leaks marathon is finally over as Huawei P30 was officially unveiled. It doesn’t have the 5x periscope zoom camera of its big brother P30 Pro, but still has plenty to offer. It is the first vanilla variant of a Huawei flagship with AMOLED panel and under-display fingerprint reader and now has three cameras on its back. 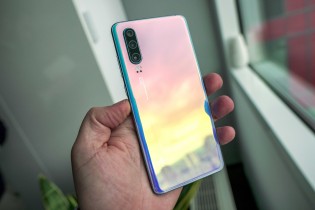 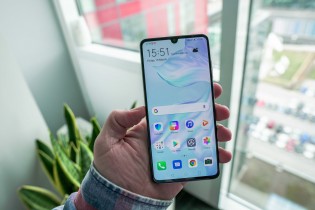 The main camera is 40 MP SuperSensing unit - a Sony IMX600 sensor with custom RYYB color filter for superior low-light performance. There is also an 8 MP f/2.4 telephoto lens with 3x optical zoom and 16 MP f/2.2 17 mm ultra-wide snapper, complete with the Leica branding. The camera setup is completed by a dual-LED flash and laser autofocus.

The waterdrop notch on the display hosts a 32 MP F/2.0 shooter, which is sadly still fixed focus.

The P30 is covered in glass both on the front and back, but it lacks wireless charging. The 40W charging is also reserved for the P30 Pro, but the classic SuperCharge that goes as high as 22.5W will still top the 3,650 mAh battery reasonably quickly.

The Huawei P30 will arrive in Black, Breathing Crystal, Aurora, and Pearl White colors. The last one has shades of blue, silver, pink, purple and looks similar to the P20 Pro Twilight gradient, as we established in our early hands-on.

Sorry about that, I meant flagship. IIRC there was a time when the P series didn't include any "lites" or "lite pros". And it used to start at a significantly lower price.

Why would they be cheaper if they have been getting market share year after year at the expense of Samsung and Apple? It's common practice for OEMs to raise prices once they get more sales. Huawei has set price hikes for the last 2 years, yet they ...