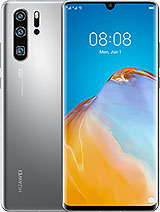 LucaKirani, 24 Aug 2022There are very small changes, not just the colours. the periscope lens are just a difference.

siemprerosso, 09 Aug 2022Google services work on this phone, but it will always have... moreThere are rumoued that emui 13 will have either android 12 or 13.

Google services work on this phone, but it will always have Android 10. What people here say is Android 11 is in fact EMUI 11, while phone still runs on Android 10. Whats interesting is that Huawei tries to hide this fact. You see, when phone runs on EMUI 11 it still says that there is Android 10 is installed, but with EMUI 11. Then, in May 2022 EMUI 12 was released, and now when you try to check on which system version it runs, it just says EMUI12, it does not mention Android version at all, although it still runs on Android 10 and it always will. Even if sanctions and bans are to be lifted this very instant, this model still won't be getting any newer version of Android. Firstly, because it is an older model, and secondly and more importantly, because of Honor brand on which Chinese have their focus now, Google wise. Honor phones have google services and are not sanctioned in any way. On paper those are now separate companies, but they are not fooling anyone, as Honor models are still being clones of Huawei models.

Kary, 09 Oct 2021Aside from the new colors of the phone, How will i know if ... moreonly by the box or if you install an app that tells you which type of storage you are using, if its ufs 3.0 then its new edition

Aside from the new colors of the phone, How will i know if its the new edition or not? Will i find it in the settings?

I thought the specs between the old huwaei P30 Pro and new edition had to be the same but this one has faster ufs 3.0 storage compared to 2.1 on the old P30 Pro model this will make the phone much more responsive.

Nnabazz, 17 Jan 2021Please does anyone know if this phone is likely to have an ... moreyes, there is Android 11. I have been using it for 2 months now

Vekisha, 08 Apr 2021does this for sure have google services, i think when i cam... moreYes it does have it since it was released before the huawei ban. Also someone i know has the phone so no doubt it has GSM

does this for sure have google services, i think when i came here before it said it doesnt have it

Quite fast, nice pictures, plenty of RAM and storage. Lots of settings to customize it to your liking and apparently will get the EMUI 11 too. Hiding the notch is a damn good idea.

IP68 is more of an information than a rating, as I had to send the previous piece in service to get it refunded as the cameras appeared foggy and caught some condensation water inside. Which should not be possible with an IP68 phone.

Very nice screen, rally awesome colors even if netflix or prime don't activate the HDR. Perfect where it not for that scratch or imperfection I found above the fingerprint scanner. It doesn't go away when rubbed with cloth and 70% isopropyl alcohol.
And no idea how it could be scratched when I was super extra careful to not let it be touched by anything else than fingers or cloth.

All in all it is a good piece of hardware provided you don't have the reasonable expectation from the IP68 to be able to wash it with lukewarm water and soap. Also don't expect it to be waterproof for sea water. Or for any water that is 5 Celsius in temperature different from the phone temperature.

Bought this phone p30 pro new edition
Pros: Camera; landscape Very good! Micro pictures Very good! other ankles are good.
Battery; 1-day heavy use - 1.5 with 2-days lite use Very good!
IOS EMUI; it's okay I needed to learn a few tweaks to make it to my likings -coming from a Samsung s7.

Bad; I don't like the curved sides of the screen -
Sometimes it gives me trouble when I press a small icon on the screen - rarely tho -

Nnabazz, 17 Jan 2021Please does anyone know if this phone is likely to have an ... moreYes