The Huawei P40 and P40 Pro are coming in March 2020 and we already got a glimpse of their designs through leaked renders last week, which revealed the P40 duo will sport rectangular camera islands on the back.

The images didn't reveal the total number of rear cameras, but thanks to a recently leaked image, we know the Pro variant will come with a total of five snappers on its back - a 64MP Sony IMX686 main sensor joined by a 20MP ultrawide, a 12MP periscope telephoto (10x optical zoom), a macro camera, and a 3D ToF unit.

The image shows off the P40 Pro in blue color, with the four cameras stacked on top of each other, and the periscope unit placed on the right. The P40 Pro is rumored to arrive with a screen measuring 6.5" to 6.7". Previously leaked renders didn't tell us whether it will be a notched or notchless display, but a leaked panel of the P40 Pro reveals it will flaunt a notchless screen with slim bezels. 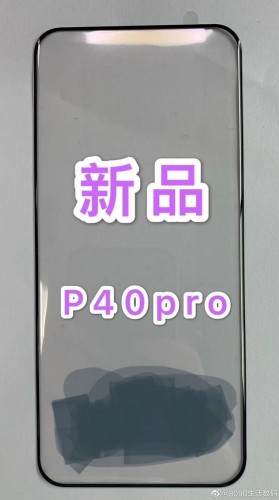 It's unclear whether the P40 Pro will come with a pop-up selfie camera or an under-display one, but we should know more about that as we inch closer to the official unveiling.

As much as I like Huawei phones it's hardly a Win. I was looking forward to the mate 30 Pro how long is it been now 3 months still no release date for the UK so it doesn't really leave me high hopes for the P40

(10x optical zoom) I hope you can hold your hand stable.