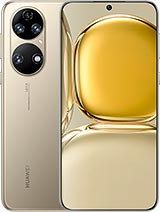 Therockfordfiles, 27 Oct 2021Spoiler alert, don't buy this phone, buy the honor 50 ... moreOf course, how didn't we thought of that. Let's but the overpriced midrange one with immature software for gms

Anonymous, 25 Nov 2021Thank you nick for your answer!I wanted to buy it because I... moreYou are welcome.

nick, 22 Nov 2021It is a really good phone but it doesn't come with goo... moreThank you nick for your answer!I wanted to buy it because I love how it looks and for that awesome camera specs

nick, 22 Nov 2021It is a really good phone but it doesn't come with goo... moreHiya, I currently have the P30 model but the only thing that is putting me off going to any new phones of theirs he's not having Google on the phone. I'm from the UK and I've had problems with their stuff which kind of puts me off wanted to change phones... Just wanted an insight what you think? Thanks.

captain fokou, 09 Oct 2021Google maps go, apk pure, petal search. All Google apps can eaay download by using Gspace, APKPure and Aptoid.And all works perfectly, or even better if you or tour friend have Guawei which support Google app store(all models inclusing P 30 Pro New Edition) just use Phone Clone and transfer all apps and other to your new phone. Very easy, so enaf about Google.

EmmaKaatz, 18 Nov 2021Hi guys!a simple question!I have an iPhone XSmax and I want... moreIt is a really good phone but it doesn't come with google services. Huawei have their own app store which is good enough for me but might not be for others. You can find most app or links for them in their app store. I find that GApps/google services slows your phone down and it also has a lot bloatware which can't be fully removed. android devices start of with AOSP which is your basic operating system for your phone and then GApps/google services is added along with the manufacture skin which make android phones more demanding on their hardware. This is why apple can use lower specs parts as they only have IOS running their phones. It's similar set up on Huawei devices now. Anyway back to your original question. The P50 is awesome if you can get by without GApps

I'm liking the look of the P50 especially with that flat screen. This could just be my next handset.

Spoiler alert, don't buy this phone, buy the honor 50 instead which are now shipped with Google mobile services.

an0n, 16 Oct 2021Heh, so called "fans" are always blinded by the t... moreWhatsapp works completely normally. Huawei services are replacing Google services, and most applications are running normally. The only problem is with google maps, but there are other maps, and navigation apps. People are too spoiled, that's the problem. And relying so much on Google is not good, but people don't understand it.

an0n, 16 Oct 2021Heh, so called "fans" are always blinded by the t... moreJust to share, Huawei can use most banking apps, trace together, waze.....what apps also can access but at the moment, not able to back up chat history. Gmail all can be accessed...no worries...

an0n, 16 Oct 2021Heh, so called "fans" are always blinded by the t... moreIt is not fully useless because you can always use web browser plus this phone has nice desktop feature. I didn't like Xiaomi phones for not adding USB 3.0 or higher. Also Youtube on Brave browser is nice because ad blocker. I don't have to sit through 1-2 ads before real video start. I don't use Whatsapp because Facebook. I really hate FB related products.

HuaweiFans, 03 Oct 2021For you all that say no Google play service is shit, I will... moreHeh, so called "fans" are always blinded by the truth. It's not Google apps that people are afraid to lose, it's the all apps that relies on Google play services, such WhatsApp, banking apps and so on. Most, if not all, of them use Google play services, and will not function without them. Unless they make their apps independent run without gms, your "smartphone" becomes mostly useless.

I am probably the minority but the fact that huawei has been blacklisted for 2.5 years and they are still alive makes me like them even more.

Tbh this is one of the most stylish and best looking front on a display. The bezels are proablly bezeless like the huawei p40 pro and pro+.

Dennis.K, 04 Oct 2021appgallery is a whole waste cuz they barely have any releva... moreUse 3rd party apk for it.

HuaweiFans, 03 Oct 2021For you all that say no Google play service is shit, I will... moreThe propplem without google service you can rely on andriod