Huawei has started pushing out a new update to its P9 smartphone that brings a handful of new features. Arriving as version EVA-AL10C00B396 and weighing in at 464MB, the update includes the Dynamic/Live Photos feature. 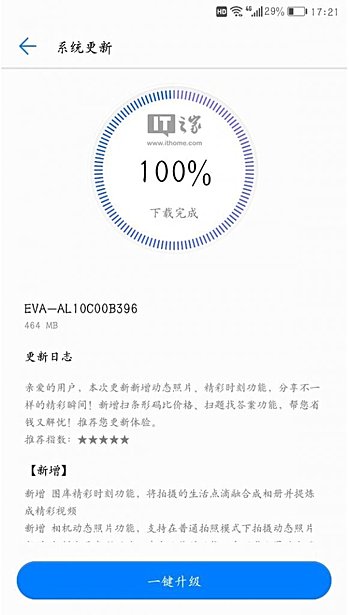 Other major changes the update brings along are scanning questions, sweep parity, wonderful moments, and new Student Mode desktop shortcuts. Several optimizations (related to apps as well as camera) are included as well.

Aside from the Huawei P9, the Motorola Moto G5 Plus on Verizon is also getting a new update, which reportedly brings along fixes related to call quality and VoLTE issues. It bears version number NPN25-137-43-5.

Hi, I have Honor 8 and succeeded to enrol for Beta Test and subsequently updated to Nougat but I was refused that I can not register 2 devices.

Does Verizon have its own g5+ or will Verizon make the update if you use a g5+ on Verizon?

This is great news, so long as your phones come with good updates of good functions and features people will continue to buy because the update makes it feel new. People will still buy P9 till you stop bringing updates. Mate 7, Mate 8, P8, Nova and N...