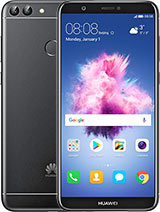 My huawei have poor network strength and also the flash light is blue. how can that be fixed?

Anonymous, 17 Mar 2021Very annoying. I have the 2021 version. No google play. I s... moreIt is not Huawei fault google apps are not included.
It is from Google. In fact this an effect of the bad policy of Trump (Huawei is banned).

Very annoying. I have the 2021 version. No google play. I searched the internet, and I still haven't found a way to set up google play legitimately yet. As well as google chrome. I get it, I get it, Huawei, you want to be like Apple, Samsung, like all of the (bad) popular phones, you want to have your own little universe. Also, (just like Apple and Samsung, too) a huge breach of privacy. Starting off you have to give permissions for very questionable things. I really hate it right now and I am going to get it refunded tomorrow. It's very upsetting this phone is so upsetting, despite Huawei owning the Honor brand, whose phones I find quite good.

From one android to another android finger print actually doesn't work

Yess, 06 Jun 2020It's because most of the updates happen of how many users o... moreUnfortunately, Huawei, like most manufactures, don't support their products for more than one Android update.

Why gives you an insane number of pixels camera wise but the quality does not match what has been said compared to other brands and even the battery is barely 3000 mah I'd say this was an experiment.

2468, 26 Aug 2020Why does my huawei FIG LX1 2017 not work when I use HDMI, i... moreI'd like to help but sadly I have the same problem which I would like an answer to. I do however have a smart tv and it still doesn't work. You are supposed to just plug the lead into phone and the hdmi into the TV but it just won't work if you find out let me know. Thanks.

Why does my huawei FIG LX1 2017 not work when I use HDMI, iv bought two leads the small black box are they only wireless projection. I am trying to make my phone work on my TV but the TV is not a smart TV. Do I need to sell my phone and if I do what android works Please please help me thanks people

i dont understand why gsmarena doesnt give info about SAR values anymore. i think that might be the most important data about a cell phone!!!

Anonymous, 05 Dec 2019Why this phone got update to android pie,but mate 10 lite didn't?It's because most of the updates happen of how many users on that particular phone