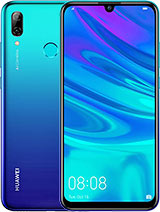 The micro usb port is still like new, used over 500 times. The battery is easy to replace when needed I think i use this phone many many years.

My wife's phone, Huawei P smart 2019 just fell in a bucket of water. Will it still work perfectly?

this happens because you use the phone while it is on the charger, you are pulling the cable and so the charger port is broken.

I had no problems with this phone up until the second year of use where it stopped charging and finally could not power up. This is the second Huawei phone to do this on the the 2nd of use. Really disappointed as I am starting to fear that Huawei does not want us to use our phones for more than 2 years so we can buy new ones!!!

The most useless phone on the market. The back button rarely responds on first touch. The user of the word 'SMART' in the name of the phone should serve as a warning to potential purchasers. The predictive text from swiping across the screen usually presents the wing choice. As you can see here, I probably meant wrong not 'wing'.

My opinion...great little phone. Had mine since they came out...reliable and does everything i ned a phone to do.

Xoxa, 18 Aug 2020I regret buying this phone. It's too big, and it'... moreWhy did you buy it? Why do you buy a phone with no oled and then complain it has no oled? Did you also buy it Grey and complain it's not blue?

Really surprised to see the opinions of people here.

For me, the phone has been good.

Apart from apps freezing a couple of times (rarely, and only if I have several apps in the background while I'm browsing the Web with multiple tabs open) .

Camera is good (enough), so is the screen and battery life.

I bought it for 120 euros and I think it was well worth it. Maybe I just have lower expectations

I like this phone. It's camera, battery, brightness of screen(not under the sun), and Huwaei interface are good. I use it mainly to read articles from the internet. The problem is that the screen freezes temporarily or permanently on a page I downloaded. It is annoying because I use it for my work. The 1000's of engineers at Huwaei should have been able to fix this problem. To note, I will buy Huwaei again because overall they make a better phone. P. S. I had phones from all of the major phone makers.

I regret buying this phone. It's too big, and it's also made entirely of plastic, no gorilla glass either. If you don't use a phone case, it gets dirty and scratches really easily. And that's just a small issue.

There's really bad lag. I don't play games, only use basic apps, and use the optimizer daily. Still, some apps crash or freeze a lot, other times it refuses to close apps. I don't even understand this problem. I try to close them, then touch the "apps" button and there they are again. Oh, and sometimes when I get a phone or video call, it takes me about 10 seconds to connect to the other person, because it just keeps ringing even after I press "answer". AND when I switch apps they just restart. If I'm watching a youtube video and pause it to reply to a text, when I return to youtube I have to search the video I was watching all over again. The same goes for every other app. It simply cannot stand to have more than one app open and running.

Because it doesn't have amoled display it's annoying to use in the dark. The huge screen would have been more bearable if blacks didn't look like grey, or if colors weren't so washed out.

The notification LED is on the bottom, which I don't mind, but it doesn't work most of the time. Only when it's plugged in or battery very low. Basically, it doesn't really work for its intended purpose.

Another weak point is the camera. The photo quality is not really bad, but for a 2019 phone it could have been better. The front camera quality is really low. I'm annoyed at the fact that the black model has a lower resolution front camera than the blue model. I don't understand why, I've never heard such a thing before. The camera app is just so inconvenient. All the options and settings are mixed up, there's no order.

Lots of keyboard bugs. If I close a messaging app, the keyboard just remains there on screen. Even if I go to home screen. It just stays there. Other times it disappears in the middle of my typing.

The sound in earphones is horrible. I have to have max volume to hear a phone call with earphones. And the music app cannot be disabled so you can use another one. You have to keep it there and take up extra useless space.

I struggle to find a good aspect of this phone. Maybe the user interface. I like how the settings and all built-in apps look. It's obvious they try to copy the iphone UI, but they make it a lot better and more customizable than Apple. I also like the wi-fi connection, but sometimes when the wi-fi is weak it doesn't automatically connect to the network.

Oh, I also like the fingerprint sensor. Works really fast, it responds immediately, and it is very well-placed on the back.

Overall, this phone was not a good purchase. Maybe it works for gaming, or other stuff. But for me it struggles even with basic tasks. I will stay away from Huawei in the future.

This is the worst phone I've ever owned. Literally garbage.

Werner, 21 Jul 2020P Smart 2019 will this phone recieve Emui 10.1?Hi 😊 nope emui 10 was the last update for this device, from here on its just quarterly security updates

Vasile Stefanescu, 12 May 2020Does have corning gorilla glass?NO

Does have corning gorilla glass?

Hi guys. When will P Smart 2019 recieve May security patch?