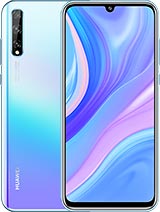 Who need google haha ...even better i have this phone its super !

yYy, 16 Jun 2020I don't give my money to buy a phone giving me problems try... moreBut the phone doesent need google services to run thts why its bing sold

i have a p40 lite and i don´t have any problems and no regrets, goodbye google services not needed

No need for fast charging, there won't be any apps to require the battery, or the screen, or anything actually. Huawei's App Store looks like a car boot sale. Runs the latest RansomWare and the phishing loads really quick but it's fine cos there's no banking apps to slow things down. Scamera has so many MP you won't be able to email a picture cos the file size will exceed most email limits. As reviewed by the NSA...

CLCC, 11 Jun 2020U might try this You can easily install Google Play on n... moreI don't give my money to buy a phone giving me problems trying to make it work as it should...Would you buy a car with the steering wheel in the trunk so you have to figure out how to drive it ?....!!

Hmm, that charging speed does not look so goof

I like they haven't added a macro camera, like everyother phone maker, I've always been a fan of Huawei, I have a Huawei phone, ut I live in the UK, and a phone without GSM, just ain't worth having, even with oled, more memory and better camera. I'll be switching to another maker that has GSM.

did you just say ebay?

This isn't the Fake Huawei device.

Another Phone with Kirin 710F ? How much stock of that chip they've made? Or they're recycling the phones that aren't selling into other names with USB C ?

CONS:
-No Google Services (which is common in recent Huawei phones)

Worst phone or the year