Huawei has launched the P50 series and now it is time for its true flagship series Mate 50. We don’t have anything official or unofficial about the upcoming devices, but a patent might reveal what the Chinese company is planning to introduce.

According to Lets Go Digital, the maker will introduce an Arc display with ultra-curved sides and multiple touch functionalities, including volume control. 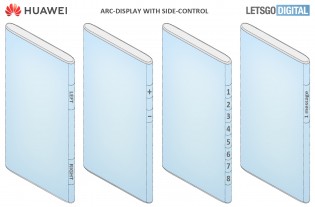 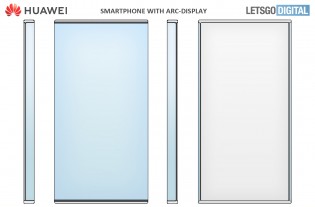 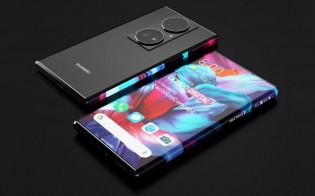 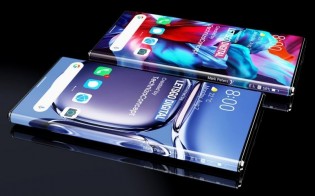 Huawei has been sitting on this idea for quite some time. The patent was filed back in March 2019, and we saw a simple implementation with the Mate 30 series - the phones did not have volume rockers. Instead, a double-tap on the side, anywhere on the side, activated virtual controls of the sound.

According to these visualizations, the extra screen will also be used for shoulder triggers, several icons, and even reading one-line messages, similar to the tiny cover display of the first-generation Galaxy Z Flip phones.

The concept images also provide a glance at the camera setup on the back, but we’re not looking too deep into them on that matter because they are just for illustrative purposes - we haven’t seen a single Mate 50 photo so far to corroborate this design.

First Huawei nova 9 images appear, the phone is rumored to have 5G

HarmonyOS 2 beta arrives for Huawei nova 5i and nova 4e

What do you mean by illegal? Andriod is not the property of any company, that is open source and anyone can use. Google doesn't own the android.

You're right, this is far worse than that 'waterfall edge' they introduced.

Uhm, what about apps like game launchers? Don't you think they'll include the settings to block accidental touches?