Huawei fined two employees for a New Year tweet from the company account, sent from an iPhone. 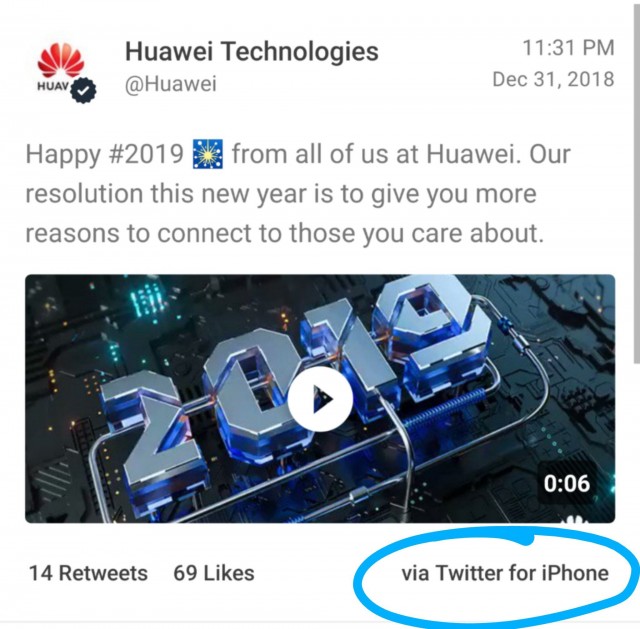 Bloomberg reported that Huawei blamed the mistake on their overseas social media agency, but for some reason decided to punish two employees from the marketing department. The punishment included a CNY5,000 (about $700) fine, a single-level demotion and blocking any eventual promotions for the next 12 months.

According to the internal memo, seen by Bloomberg News, one of the two employees was the head of the digital marketing team. There was also some scolding to all employees, with the message saying the company must “tighten management of suppliers and partners” and “the incident exposed flaws in our processes and management”.

Not if its an official tweet. There are plenty of 'free to use' devices within Huawei. Those devices should have been used.

Did you even read the article properly before making a fool of yourself? The reason Huawei took action is not because their employee uses an iPhone... but because their OFFICIAL tweet was sent out using an iPhone, which in my view is perfectly unders...

Huawei sick management never offers phone to its employees. not even a little discount is offered. In that case, employees are right to choose where should they spend money and what to buy