Back in 2014 Huawei introduced the TalkBand B1, a smart band that was also a Bluetooth earpiece. There have been multiple generations of the TalkBand since, but now the company has revealed that it is working on something more elegant – the Huawei Watch Buds. 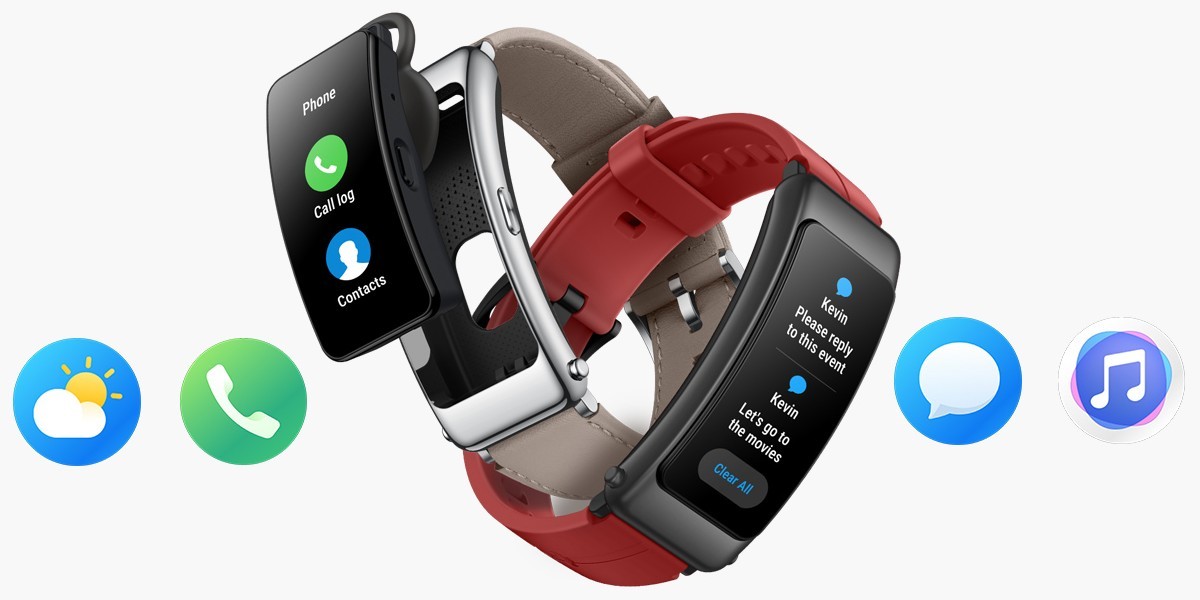 It's a smart band, it's a Bluetooth earpiece, it's the Huawei TalkBand B6

The name is descriptive enough, but here is an official teaser video. A proper round smartwatch with two earbuds inside. That looks more stylish than the TalkBand and is more practical too, since you can also listen to music (the band’s single earpiece isn’t ideal).

The watch acts like a charging case for the buds. If you pause the video at the 6 second mark you will see icons showing the buds and a lightning symbol below them.

Smartwatches already struggle with battery life, how much energy can one have to spare for earbuds, especially when said buds take up quite a bit of the internal volume? We can’t answer that yet, but somehow a YouTube channel claims to have gotten its hands on the Huawei Watch Buds and offers a quick peek.

The watch looks quite chunky as you might expect given that it’s also a case for TWS buds. The frame is said to be made out of steel, the strap is leather. The watch is “Powered by HarmonyOS” and its design is reminiscent of the Huawei Watch 3.

The Huawei Watch Buds will be officially unveiled at an event in December and it won’t be alone – Huawei also has a watch for kids. The company shared a teaser image, which shows an interesting design.

The watch is detachable from the wrist strap through a pair of clips and it looks like it has two faces: one is a full color display, the other looks like old school LCD. This will do wonders for battery life (and sunlight legibility), while still offering full smartwatch capabilities with a quick flip. 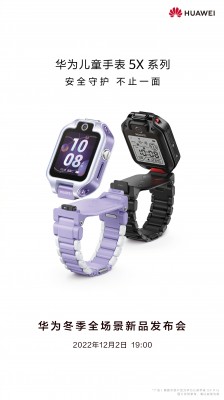 Notice that there are two cameras on board too. One isn’t unusual on a kid’s watch, it allows for mom and dad to check in via video call. A second camera is sometimes included for capturing photos and videos, but framing the shot with something tied to your wrist is awkward. The detachable design will really help in this regard.

The Huawei Kids Watch 5X series will be unveiled in December as well.

If you look 3-4s into the video, you can see that it is at the least 20mm, unless he got very small fingers https://youtu.be/Gfx8Uj_qKnU?t=3 So that should leave room for a large battery.